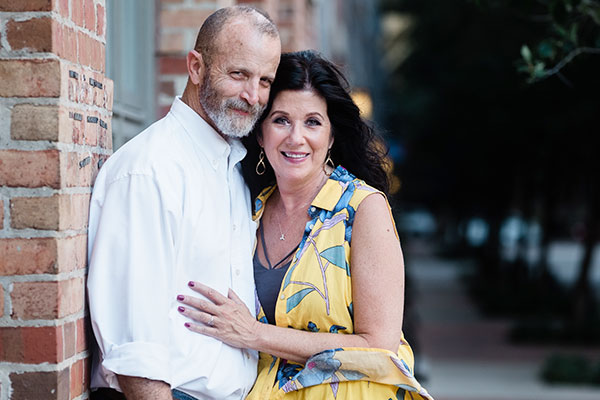 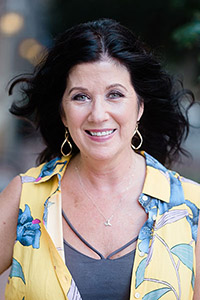 Deborah Butter can’t remember a single day in her life without pain. That changed when she had scoliosis surgery at the Medical City Scoliosis & Advanced Spine Center.

By then, Deborah had an 82-degree curve at the top of her spine and an 89-degree curve on the bottom. She was in terrible pain and suffered from other complications of scoliosis, including a chest deformity that made it hard to breathe.

Deborah remembers the day she found out about her condition, at age 5. “My mom was making a pink gingham sundress for me and couldn’t get it straight. That’s when she noticed my shoulder blades were uneven.”

The next several decades were a blur of braces, chiropractor and pain management visits, a ruptured disk, and a revolving door of specialists. Like many patients, she resisted surgery out of fear.

By 2017, she was desperate and finally ready to consider it.

“I was in so much pain, I felt like a zombie most of the time,” Deborah said. “I couldn’t work anymore. I couldn’t shop or cook.”

She was having trouble sleeping and breathing, needed a cane to walk and was experiencing constant, involuntary muscle twitches. She worried that she might not ever walk without aid again.

After waiting so long, Deborah wasn’t leaving anything to chance. She knew that the orthopedic spine surgeon she wanted was Richard Hostin, MD, whom she had seen five years earlier in Dallas. But she was a newlywed living in her husband’s hometown in Georgia. Retired U.S. Marine Colonel Jeffry Butter told her that he would be willing to relocate if she couldn’t find anyone more qualified. Deborah spent eight months researching physicians, talking to patients and inquiring about different surgical methods.

In December 2018, the Butters moved to DFW and Dr. Hostin performed a spinal fusion on Deborah’s T1 through S1 vertebrae—virtually her entire back from the bottom of her neck to the top of her sacrum.

Before surgery, Deborah had almost no strength in her left leg. By June, she was nearly full strength and able to go camping in Alaska with her daughter’s family. She said it was hard to convince people that just six months earlier she had been nearly immobile.

“I feel like a walking miracle! I’m three-and-a-half inches taller, I can sit in a straight-backed chair and stand in line at the grocery store.”