Why Every Parent Should Know How to Recognize Concussion Symptoms 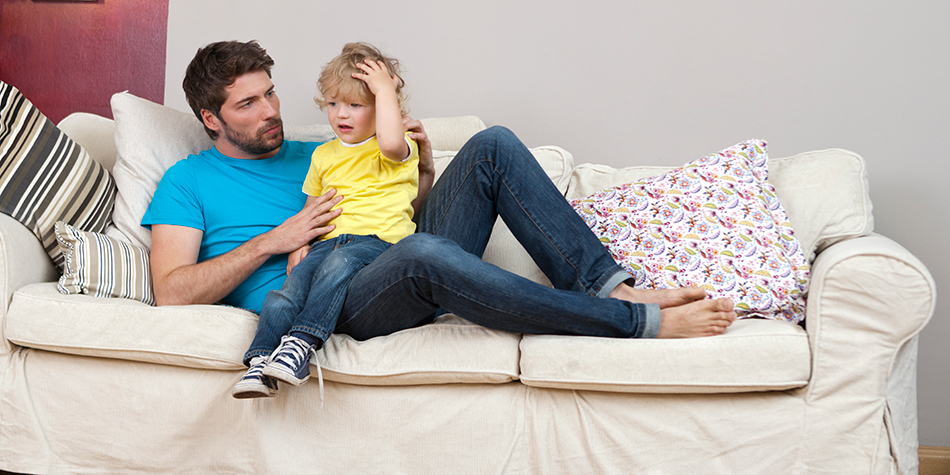 The start of a new sports season is always an exciting time for kids. But many popular contact sports come with a very real concern: concussions. There’s good reason for parents to worry. Up to two million sports and recreation-related concussions occur annually among kids and teens.

It’s true that certain sports—football, soccer, lacrosse, ice hockey, basketball, field hockey, wrestling and even cheerleading, among them—carry a higher chance of concussion. But any type of physical activity poses some risk. In fact, children don’t have to be knocked unconscious to sustain a concussion.

Another perhaps surprising fact: It’s not just contact sports that can put children at risk for brain injuries. According to a July 2019 study published in Brain Injury, common items around the home were associated with about 73% of the nearly 4.1 million cases of children and adolescents who suffered non-fatal traumatic brain injuries (TBIs) from 2010 to 2013.

Even if your child takes every precaution, a concussion can still happen. That’s why it’s important to be informed. Here’s what you need to know about recognizing telltale signs, knowing when to seek medical help and following the necessary steps to ensure a safe and effective recovery.

Kids may not show signs of problems right away. But, generally speaking, the following symptoms of concussion may crop up within the first hours after a head injury:

Other symptoms may manifest over the following days:

If your child shows signs of a concussion, it’s important to see a doctor right away, whether it’s going to your pediatrician’s office or heading to the ER. Your healthcare provider will likely ask how and when the injury happened, inquire about symptoms, perform a physical exam and have your child do basic exercises to test balance, coordination, reflexes, memory and concentration.

If the concussion happens during a sporting event, a coach or athletic trainer may be equipped to do sideline testing to determine whether immediate medical care is warranted. The bottom line: Your child should stop playing right away if there’s any suspicion of a concussion.

Contrary to popular belief, kids don’t automatically need imaging tests after a blow to the head. These tests check for brain bleeds or other serious injuries, but the risk is low in the case of a mild concussion.

The physician who examines your child will assess the need for a scan. It will likely be ordered if a child was unconscious, if they can’t stop vomiting, if they’re having seizures, if their headache is constant and worsening or if they have bloody or clear fluid coming from their ears or nose. Head CT scans are the gold standard since they’re fast, easily available in hospitals and require minimal if any sedation.

Ease back into activity.

Kids who suffer a concussion should not return to sports right away: those who resume activity too soon tend to have worse symptoms than those who stay on the sidelines, and some research suggests that overdoing it too hastily may also lengthen recovery time.

You’ll also want to keep your child away from any activities that could lead to a second head injury. In other words, just because your recovering football player stays off the gridiron doesn’t mean he can go skateboarding or mountain biking.

You don’t want your child to stay in bed in a dark room for days, either.

Teens who performed 20 minutes of light to moderate aerobic activity like jogging on a treadmill starting about 48 hours after a concussion recovered about four days faster than those who just did stretching, according to a study published in April 2019 in JAMA Pediatrics.

The key is finding a balance between being totally inactive and rushing back into the game. Experts typically recommend a full 24 to 48 hours of physical and cognitive rest to start. Always check with your child’s doctor to make sure their recovery is moving at the appropriate pace.

Don’t rush back to school, either.

The same approach holds true for schoolwork. While it’s generally fine to return to school after 48 hours, kids need to ease back into it. As with physical exertion, overdoing it mentally after a concussion may delay recovery. The American Academy of Pediatrics (AAP) recommends kids not go back to school until they can handle blocks of mental stimulation lasting 30 to 45 minutes.

Most of the time, kids with concussions are back to their old selves after about four weeks. But if multiple symptoms linger beyond that milestone, your child should see a doctor who specializes in concussions, such as a neurologist.

Some concussion patients may develop symptoms of depression, either as a result of the injury itself or stemming from the stress, social isolation and inactivity that often results from it. If your child seems unusually sad, anxious or withdrawn, your doctor may make a referral to a mental health professional.

If someone in your family suffers a head injury, one of our many Medical City Healthcare emergency locations has you covered. With average wait times posted online, if you do have an emergency, you can spend less time waiting and more time on the moments that matter most.

7 Things to Know About the Dangers of Vaping

September 13, 2019
I don’t know if anyone else still listens to the radio, but on a recent drive home I heard commercials for three different electronic cigarette...
Previous Post
Medical City Healthcare

August 21, 2019
North Texans who are seriously injured between Dallas and Fort Worth now have another option for high-level trauma care. Medical City Arlington...
Next Post
Back to blog home

Know When to Call 911 Instead of Driving to the ER

Flu IQ: How to Be Prepared for Flu Season