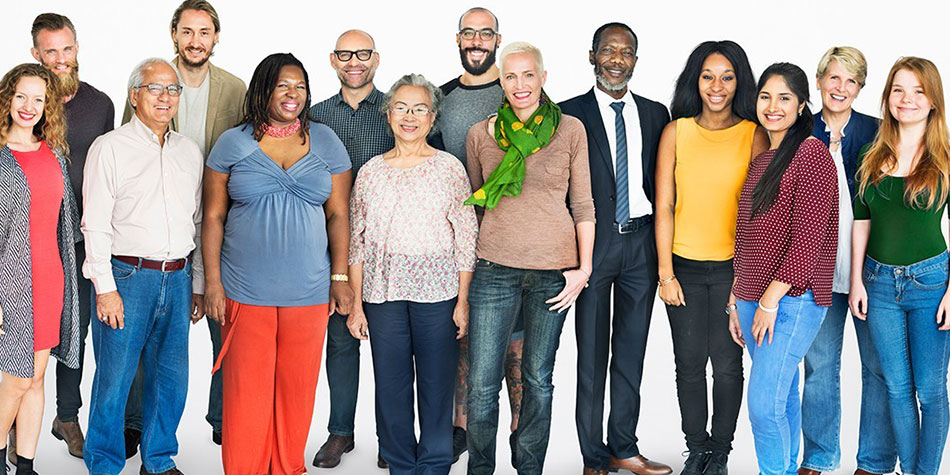 If you were asked to compare two brain diseases (stroke and Bell's palsy) and one heart disease (AFib), you might start hearing the lyrics to that old Sesame Street song one of these things is not like the others run through your head. You're welcome.

But are you right? Take our quiz below to see how much you know about each one (before the song is done).

Match the disease to its definition.

A. It's estimated that 2.7 to 6.1 million people in the U.S. have this condition, which increases risk for one of the other diseases by about 5 times.

C. This condition is caused by a disruption in the connection between the brain and the facial muscles, resulting in facial weakness or paralysis.

Just ask Cassie Scantlin, who was a 21-year-old college senior at the time of her stroke. Or Jerry Wren, who was only 35 when he had his.

If you or someone you're with is having a stroke, don't wait like Cassie did. Take emergency action immediately. Use the acronym FAST to learn and remember the signs of stroke.

Albert Yoo, MD, a neurologist at Medical City Plano, says that stroke recognition is key because treatment is time dependent. Every minute that passes without medical care means more brain cells are dying.

Bell's palsy is caused by a disruption in the connection between the brain and the facial muscles, resulting in facial weakness or paralysis. This temporary facial paralysis is similar to the typically one-sided facial drooping that can occur with stroke. Unlike stroke, however, Bell's palsy is brought on by damage or trauma to the facial nerves and is usually not permanent.

Scientists think the disorder, which affects about 40,000 Americans annually, may be brought on by a viral infection such as viral meningitis or the common cold.

It's estimated that 2.7 to 6.1 million people in the U.S. have AFib, which increases risk for stroke by about 5 times. It's the most common type of heart arrhythmia, which is an irregular heartbeat. AFib accounts for more than 750,000 hospitalizations and an estimated 130,000 deaths a year.

Dale Yoo, MD, a cardio electrophysiologist at Medical City McKinney, explains what an arrhythmia is and how to know if you might have one.

AFib symptoms can include:

Some people will have no symptoms of AFib, so it's important to know how healthy your heart is and take steps to reduce your risks for all types of heart disease.

Dr. Yoo says that people who have only slight symptoms may attribute them to aging, anxiety or even a panic attack when in fact, it is AFib.

Who's at risk for AFib?

Dr. Yoo explains when heart fluttering should send you straight to the ER.

Just as the words of another old song — your knee bone's connected to your thigh bone and so on — medical conditions often have their own connections even if we can't always see them. In this case, stroke and Bell's palsy attack the same area of the body and have similar symptoms but different causes, while stroke and AFib target different body parts but share similar risk factors. And in fact, having AFib puts you at greater risk of having a stroke.

It's a good lesson to always tell your doctor about any symptoms you're having, even if you think they're unrelated to your current condition. It's also a good reminder to follow a whole-body lifestyle plan that includes trading unhealthy habits for healthy ones.

If you suspect someone in your family has one of the conditions listed above, one of our many Medical City Healthcare emergency locations has you covered. With average wait times posted online, if you do have an emergency, you can spend less time waiting and more time on the moments that matter most.

Find a fast Medical City Healthcare ER near you or call our free 24/7 Ask-A-Nurse hotline.

The post What You Need to Know About Stroke, AFib and Bell's Palsy appeared first on LifeSigns.

October 23, 2017
Every 6 seconds, someone is either having a stroke or dying from a stroke. Knowing the signs and symptoms can save a life.
Previous Post
Medical City Healthcare

October 3, 2017
RSV makes its rounds in North Texas in the early spring, fall and winter. Here’s how you can avoid a respiratory illness.
Next Post
Back to blog home

Trauma Centers: Things You Need But Didn’t Know You Needed

What to Say to Someone with Cancer

Stomach Pain: How to Know If It’s Caused by One of the 15 Body Parts That Could Disappear In the Future

Is it safe to get pregnant right now?