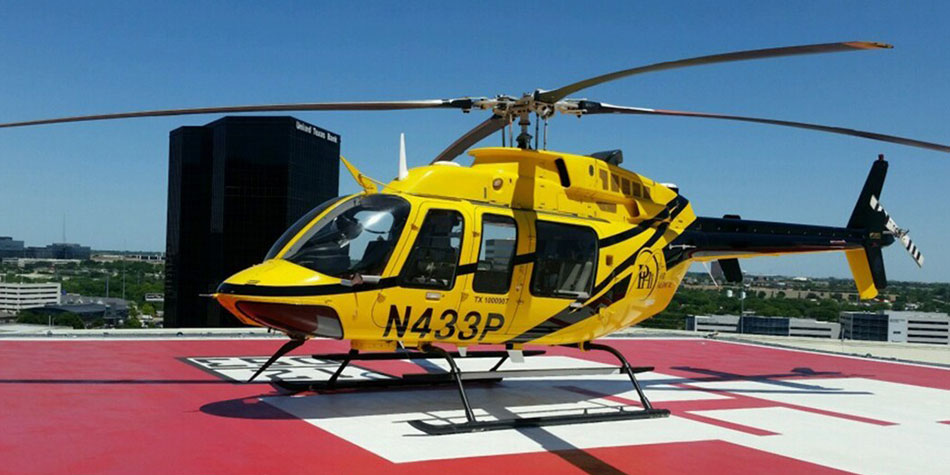 The lifesaving onsite amputation of a construction worker's leg in Frisco by a team of experienced ER and trauma physicians demonstrates the value of pre-hospital trauma care in North Texas. Medical City Plano received its Level I Trauma Center designation from the Texas Department of State Health Services in May 2017. Newer yet is the team that was assembled for just such a real-world incident in a joint effort between Medical City Plano, Medical City Frisco and local EMS and firefighters. Known as the Pre-Hospitalization Amputation Team, it was called on for the first time during the Frisco construction accident when it saved the life of a man who had become caught in a commercial trencher, his right leg completely trapped in its chain-saw-like teeth. 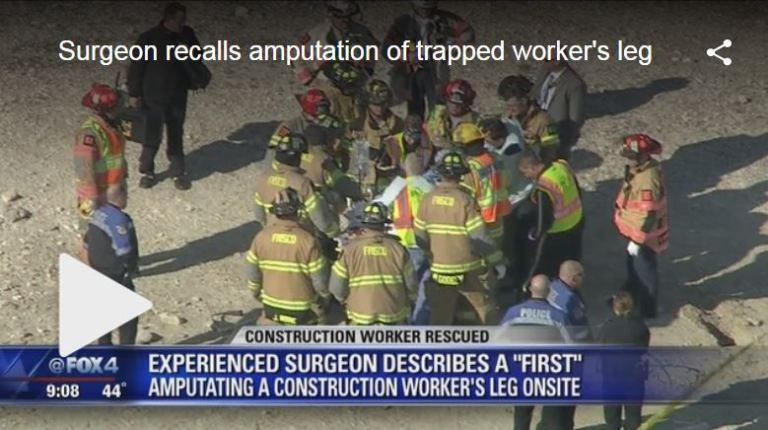 The team had been put together just six months earlier at the request of Collin County firefighters. They had identified a need for the service due to the increasing number of ongoing construction sites in the area and the potential for injuries the sites present.

Firefighters arrived on the scene within five minutes but were unable to free the man's leg. They called Mark Gamber, DO, an emergency room physician at Medical City Plano, who put in a call to trauma surgeon Al West, MD. The two doctors were helicoptered to the site with their Pre-Hospitalization Amputation Kit.

Dr. West, who performed the operation, said that there was no choice but to amputate above the knee. After the 10-minute procedure, the patient was stabilized and transported in the helicopter to Medical City Plano. For the latest update on his condition, read the full story on DallasNews.

For Dr. West, this was his first experience with field surgery.

"In the civilian world, it's pretty uncommon to go out and do something like this," he said.

Trauma is a team sport.

Having the team in place shaved at least an hour off the time it would normally have taken to treat the patient. Dr. West said it was very likely he would have bled to death while he waited.

"The real takeaway is the preparation by the local fire departments and the MCP trauma service for just such an emergency," he said. "Process improvement is what good trauma care is built on. Trauma is a 'team sport' and I am incredibly proud of the team of professionals we have put together here."

Learn how to stop the bleed in any trauma situation.

Roughly 10,000 Texans are killed each year from injuries, according to the Texas Department of Health and Human Services. The National Trauma Institute lists traumatic injuries as the leading cause of death in persons aged 1 to 46 years old.

Trauma injuries can take many forms, from construction accidents to ground level or high falls to mass shooting incidents. Knowing how to stop bleeding in someone who is critically injured is a valuable skill that could save the life of someone you love. Visit Stop the Bleed for more information.

For fast, emergency service in any crisis situation, one of our many Medical City ER locations across North Texas has you covered. With average wait times posted online, if you do have an emergency, you can spend less time waiting and more time on the moments that matter most.

Find a fast Medical City ER near you or call our free, 24/7 Ask-A-Nurse hotline.

The post How an Innovative Trauma Team is Saving Lives in the Real World appeared first on LifeSigns.

Be a Lifesaver: Learn How to Stop the Bleed

March 23, 2018
Knowing how to identify and “stop the bleed” that accompanies traumatic injuries is a valuable life skill and could help you save a life.
Previous Post
Medical City Healthcare

Panic or Heart Attack? How to Know the Difference...

February 19, 2018
How can you tell if you’re having a panic attack or heart attack? Knowing the difference and acting fast could save your life.
Next Post
Back to blog home

How to Have a Healthier Heart Just by Breathing

7 tips for addiction recovery during the pandemic

Holiday heart risks during a time of COVID-19

How to know when back pain is serious