How to Stop Texting While Driving (And Why People Do It) 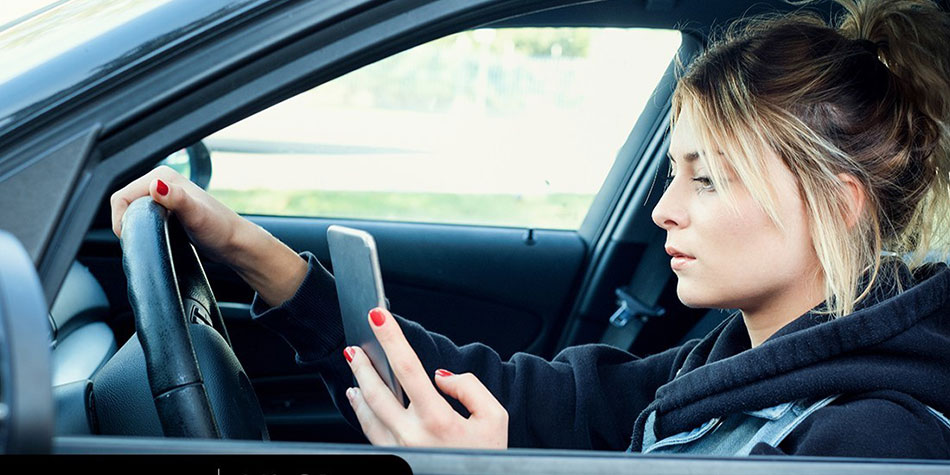 The law against texting while driving in Texas (complete with fines of $99 to $200) went into effect in Sept 2017. But do we really need a law to prevent us from doing what we know is potentially deadly? According to the Texas Department of Transportation, the total number of reportable motor vehicle traffic crashes on Texas roads in 2017 was 537,475. Of those, 100,687 (19%) involved distracted driving and resulted in 444 deaths and 2,889 serious injuries. Distracted driving has been called the "new drunk driving" because people who text while driving are:

According to Matt Carrick, MD, Trauma Medical Director at Medical City Plano, the average driver who sends a text glances at their phone for 5 seconds, during which time the car, at 55 mph, will travel the length of a football field.

So why are people still texting while driving?

A survey commissioned by AT&T® found that at least 7 in 10 people use their smartphones while driving. Although texting and emailing top the list of activities, the survey revealed that people are also using social media, Web surfing, video chatting and taking selfies "¦ while driving.

Among those who text while driving, survey respondents said they:

Ninety-eight percent of those who admitted to texting while driving said they know it's dangerous but they do it anyway, using many of the reasons above to rationalize their behavior. According to experts, this is a classic sign of addiction. Compulsively checking your phone and reading and responding to texts, tweets, emails and posts causes an increase in dopamine, a chemical released by our brains that makes us feel happy.

In addition to the risks of texting while driving, being too plugged in can take a toll on your physical and mental health. In his article "Is Too Much Tech Making You Sick?," Roger Butler, MD, a psychiatrist at Medical City Green Oaks Hospital and Medical City McKinney, says that the drawbacks of the digital age can include depression, social awkwardness (especially for children), back and neck problems, headaches, eye strain and sleeping disorders.

To find out if you have a digital addiction, take the Digital Distraction Test created by The Center for Internet and Technology Addiction, the organization that conducted AT&T's survey.

Breaking the habit: How to stop texting while driving.

Let's say that you're one step ahead of the texting while driving ban. You already drive with your phone out of reach or you've downloaded an app that helps you avoid distractions while driving, such as AT&T's Drive Mode®. Great job. But now you've got to fill that smartphone-sized empty space and try to get to where you're going without lapsing into boredom-induced road rage. Here are a few ideas.

Podcasts are episodic digital audio files that are available to download from the Internet for free or via subscription. There are podcast titles for every taste, including politics, pop culture, romance, mystery, celebrity gossip, true crime sports and more. Check out TIME magazine's 50 Best Podcasts of 2017.

No time for reading? Download an old classic or the latest bestseller and enjoy having someone read it to you while you get from A to B. Find a list of free audio book websites here.

When you're the chauffeur, it's only fair that the kids put down their phones, too. Make this your catch-up time "” sometimes it's easier to talk in the car than among all the distractions at home. You can also play car games if you're on a long trip. Check out Pinterest for a list of games such as license plate bingo, eye spy and road trip scavenger hunt plus the ultimate road trip playlist.

If you're bored by your radio's choices, listen to your favorite movie (just don't watch it) or the music from the latest Broadway hit.

Texting while not driving.

If you're wondering whether it's okay to text while stopped in traffic or at a light, the answer is yes. However, drivers are cautioned to pay attention so they won't stop the flow of traffic.

For fast, emergency help when you need it most, look to one of our many Medical City ER locations across North Texas. With average wait times posted online, if you do have an emergency, you can spend less time waiting and more time on the moments that matter most.

The post How to Stop Texting While Driving (And Why People Do It) appeared first on LifeSigns.