RSV: How to Protect Your Family from the "Mega Cold" 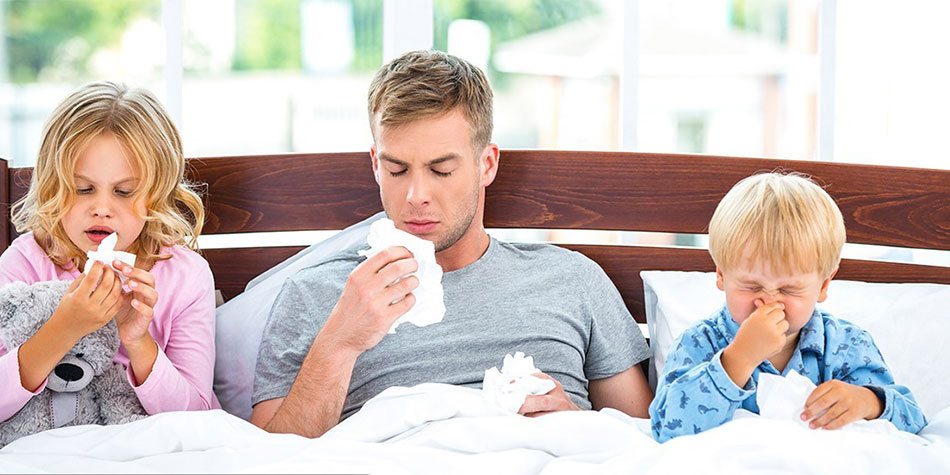 RSV is a widespread cause of many respiratory conditions, including the common cold, bronchitis, bronchiolitis, pneumonia and croup. The symptoms of an RSV infection vary with age, previous exposure and health status. The very young, the elderly and those with chronic diseases are more likely to develop severe symptoms.

In children younger than three years old, RSV can cause illnesses such as bronchiolitis and pneumonia. Most children will have had an RSV infection by the age of two.

According to the American Academy of Pediatrics, bronchiolitis, a respiratory illness caused by RSV, is the most common cause of hospitalization in infants under 12 months old.

"RSV stands for respiratory syncytial (sin-sish-uhl) virus and commonly causes bronchiolitis in infants and toddlers," said Fred Johnson, DO, Associate Medical Director for Pediatric Emergency Services at Medical City Children's Hospital. "It tends to affect young children more severely because it impedes the ability to breathe. This is especially concerning for newborns, premature babies and infants under two months old because they are very susceptible to complications from bronchiolitis."

RSV in babies and toddlers.

Bronchiolitis and pneumonia symptoms in children younger than 3 may include:

"Often, you can tell the difference between bronchiolitis and a typical, common cold," Dr. Johnson said. "Bronchiolitis will produce lots of nasal congestion, making your child work much harder to breathe. When a child is having a tough time breathing, that's an indicator that you need to seek immediate medical treatment, such as coming in to the ER for evaluation."

RSV in children and adults.

RSV in otherwise healthy children older than 3 and healthy adults can present as an upper respiratory infection, such as a cold or bronchitis. Symptoms typically include:

"When children come to the ER with symptoms of bronchiolitis, there is a nasal swab test that can be done," said Dr. Johnson. "But more often than not, we make a clinical diagnosis, taking onto account the child's symptoms and whether it's the right time of year (fall and winter) for RSV infections."

There is no medication or antibiotic to treat RSV, so the goal of home care is to ease symptoms and make the patient more comfortable.

"With RSV, prevention is key, "said Dr. Johnson. "I recommend that families keep all sick individuals - anyone with a cough or cold or other symptoms - away from newborns. And healthy people should wash their hands before they hold a baby."

"Another typical way for infants to develop RSV is by picking it up from an older sibling who caught it at school or day care. Often, younger children aren't very vigilant about washing their hands or covering their mouths when they cough or sneeze."

Dr. Johnson recommends these tips for controlling the spread of RSV. Teach kids to:

If you or someone in your family experiences complications from RSV, one of our many Medical City Healthcare emergency locations has you covered. With average wait times posted online, if you do have an emergency, you can spend less time waiting and more time on the moments that matter most.

The post RSV: How to Protect Your Family from the "Mega Cold" appeared first on LifeSigns.

How to Celebrate the New Year Safely

December 28, 2016
We’ve got tips for celebrating the New Year safely, including how to get from point A to point B in one piece and creative ways to host a fun...
Previous Post
Medical City Healthcare

Holiday Ladder Safety: How to Go Up On the Housetop...

November 22, 2016
Holiday decorating can be dangerous: ER docs see an increase in patients from slip and fall injuries in November and December.
Next Post
Back to blog home

How to make snack time fun, healthy and educational

How to Prevent a Heavy Backpack from Injuring Little Backs

What to know about COVID-19 and women’s cancer

How to Know When an Injury Needs Ice or Heat