Pok̩emon Go: Know How to Avoid Injuries and Ekans Bites 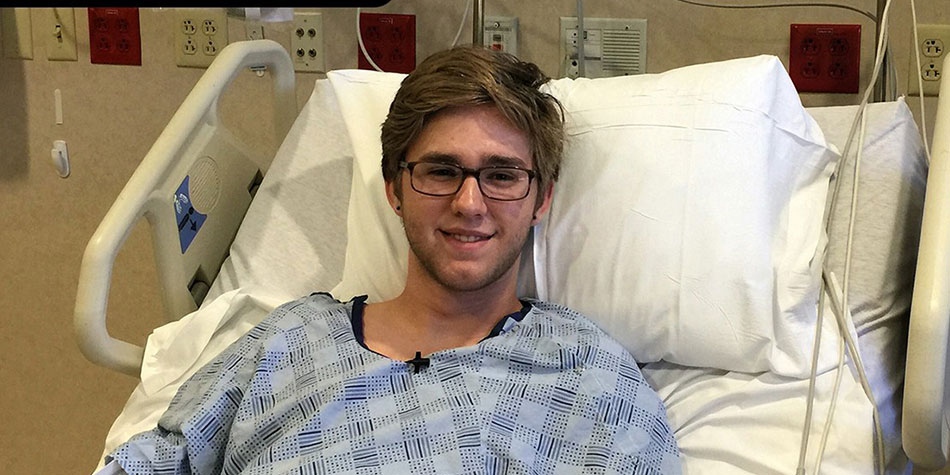 A North Texas teen who stepped on an Ekans ... er ... snake while playing Pokémon Go gives tips for safe hunting.

I'm a Pokémon mom. I know who Ash is. I know that Charmander is a starter Pokémon who evolves into a Charizard. My kids watched the original TV series, collected the cards and played the game. When the first movie came out in '99, we waited in near Star-Wars-length lines to get in. I (somewhat gleefully) admit to laughing out loud during the epic Psyduck slap fight while small children in the audience cried. They cried.

So it's not hard for me to understand the passion with which millennials are embracing Pokémon Go: Nintendo's new augmented reality game that uses the camera features in a smartphone to superimpose Pokémon in real-world settings. Or why it's also being adopted by their parents (my husband and I have played and it's fun!), younger siblings and kids.

There are lots of great reasons to applaud Pokémon Go.

Did you know the game already has a National Safety Council warning? Reports of injuries and emergency room trips caused by distracted Pokémon hunting have starting piling up, among them 18-year-old Lane Smith of Flower Mound.

Lane picked up a friend on the evening of July 12 and headed out for ice cream. The friends spotted a virtual PokéStop (a place to collect Poké Balls — necessary for catching Pokémon) with an active lure (a feature which increases the odds of Pokémon sightings) across the street. Capturing what creatures they could, they spotted another lure at a nearby park.

It was nearly 9 p.m. and the last rays of daylight were fading. Traveling on a sidewalk toward the wooded area, Lane was so engrossed in the game that he stepped on a snake. In flip-flops.

"I felt something bite me," said Lane, who will enter his senior year at Marcus High School next month. "I freaked out and jumped. My friend said he thought it was a small brown twig, but then he saw it move and tried to stop me but it was too late. I used the flashlight on my phone to look at my foot and saw that I'd been bit and my foot was starting to swell a little."

So naturally, he texted his friends: I just got bit by a snake playing Pokémon Go. "My best friend was freaking out, texting that I needed to go to a doctor right away ... and I was like, oh, maybe I do need to call my mom or something. As we walked back to the car, I could feel pain start in my foot, creep up my leg and then go all the way up my thigh."

What to do when Ekans bites. 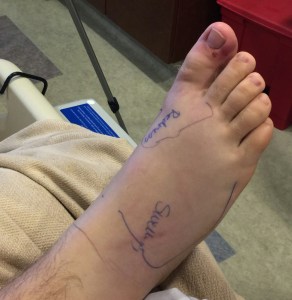 When Flower Mound staff determined he was stable, they transferred Lane by ambulance to Medical Center of Lewisville. Lane's condition never worsened and the swelling never went past his ankle — the snake, suspected to be a baby copperhead, got him with just one fang — so he didn't need antivenin. But he made a smart decision in getting help.

James Doyle, MD, Medical City Lewisville Emergency Medical Director, agrees. "It's important to go to a full-service emergency room as soon as possible after a snakebite," he said. "Snakebites can produce an array of symptoms, including pain and swelling, nausea, convulsions, and even paralysis. Quick treatment is essential for the best outcome."

Terri Smith, Lane's mom, said they weren't sure where to take Lane, but the Smiths made the right call because a local ER is the place most likely to have everything you need, including the correct antivenin for area snakes.

Elizabeth Kim, MD, Medical City Lewisville Trauma Medical Director, explained, "Our emergency departments have the staff, training, supplies and equipment, as well as the policies and procedures to care for trauma patients as part of an ongoing commitment to improve outcomes for survival."

Lane was released less than 24 hours after his big adventure and is recovering at home, where he's training his Pokémon in anticipation of his first battle for Team Valor. When he does venture out again, he'll do things differently and hopes other gamers will follow these safety tips as well.

Medical City Healthcare hopes you and your family catch 'em all this summer, but if distracted Pokémon hunting throws you off your game, one of our many Medical City ER locations has you covered. With average wait times posted online, if you do have an emergency, you can spend less time waiting and more time on the moments that matter most.

Becky Frusher is a professional writer, traditional and digital communicator and former company spokesperson for the world's largest fitness franchise.

The post Pokémon Go: Know How to Avoid Injuries and Ekans Bites appeared first on LifeSigns.

Keep Your Feet Happy: Know How to Choose Safe ...

July 22, 2016
Three simple steps to make sure your summer shoes take you everywhere … except to the ER.
Previous Post
Medical City Healthcare

Know How to Avoid Water Injuries and Illnesses

July 15, 2016
Summer in North Texas is in full swing and hopefully our Shark Week tips helped keep your little ones safe in the water. But wouldn’t you know...
Next Post
Back to blog home

How to Prevent Drowning and Dry Drowning

Is it safe to get pregnant right now?

How to Stay Cool and Avoid Heat-Related Illness