New lung cancer treatments and who should get screened 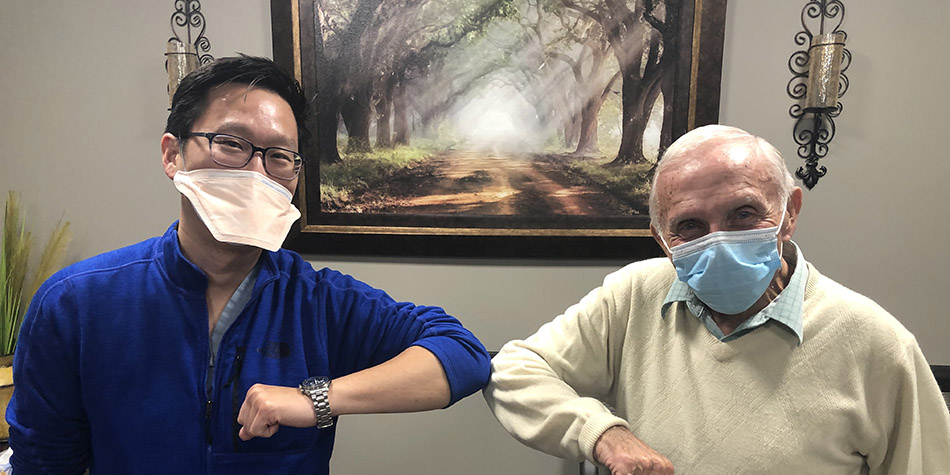 Lung cancer is by far the leading cause of cancer death among both men and women, according to the American Cancer Society (ACS). Despite advances in screening techniques, such as low-dose CT scans (LDCT) and other new technologies, it's often not detected in its earlier stages.

Although lung cancer screenings are intended to identify lung cancer at an early stage, when treatment is often less invasive and more effective, lung cancer is not commonly screened for, says Fred Lee, MD, a thoracic surgeon at Medical City Plano's Center for Lung Health. Unfortunately, this often means that lung cancer has already reached an advanced stage by the time someone has symptoms. People who do notice earlier symptoms often attribute them to other causes, such as an infection or the long-term effects of smoking. This can delay a diagnosis, which is why it's so important for someone at higher risk for lung cancer to get screened.

What happens after a lung cancer diagnosis?

If you’re diagnosed with lung cancer, you’ll be referred to a thoracic surgeon who will guide you in your treatment, which may include:

"The Center for Lung Health at Sarah Cannon Cancer Hospital at Medical City Plano is a great, unique clinic that incorporates the input from both interventional pulmonologists and thoracic surgeons to identify the best care for each patient," Dr. Lee says. "Lung cancer therapy and treatment has advanced immensely in the past 10 to 15 years, to minimally invasive techniques that allow the patient to go home in two to three days."

"There's also radiation and new immunotherapy and cancer treatments that allow the patients to try to live with the cancer like it's diabetes or high blood pressure. Lung cancer is a deadly cancer, and if we do treat it early, patients get the best effects of our treatments that we can offer."

Not including skin cancer, lung cancer is the next most common type of cancer in both men and women—second only to breast cancer in womenand prostate cancer in men. Talk to your doctor about whether lung cancer screening is right for you.

There's good news on the horizon when it comes to treating lung cancer.

"We have new technologies available that help us diagnose and stage lung cancer," says Crescens Pellecchia, MD, an interventional pulmonologist at Medical City Plano. "We're able to diagnose patients earlier, which improves outcomes and allows people to live longer. Once you have a diagnosis of lung cancer, your doctor may order other tests to help stage and work up where the cancer is and if it has spread."

Some of those tests may include:

"For patients that are found to have a spot, or nodule, on the lung, we have some new technology that allows us to diagnose and stage their lung cancer earlier, which allows them to have a higher chance of a cure," Dr. Pellecchia says.

"One of these important technologies is a robotic camera that we can control, that can go into the lungs, all the way out to these small spots, and with a high degree of accuracy and a low complication rate, be able to diagnose these little cancers earlier and get that diagnosis in real time, which will allow a surgeon to remove that cancer in the same setting. This allows a patient to have a diagnosis and a cure within the same day."

Jere Bone (pictured at his 3-month follow-up appointment with Dr. Lee, top) became the first person in North Texas to have his lung cancer cured using this new robotic technology in July 2020. You can learn more about his experience below:

FOX 4: Dallas man is first in North Texas to have his lung cancer cured by new robotic procedure

Not every test or procedure is appropriate for every person, so talk with your doctor about which treatments are right for you.

What to know about seasonal depression in the ...

How high is coronavirus risk for holiday and winter...

November 24, 2020
Many North Texans look forward to their favorite holiday activities all year. But now, we have to weigh the risks of getting or spreading COVID...
Next Post
Back to blog home

What to know about COVID-19 and flu

4 tips for supporting a loved one with cancer

Scheduled procedures and surgeries during COVID-19: What to expect

Is it safe to have surgery during coronavirus?

What You Need to Know About Hospital-Based Emergency Departments