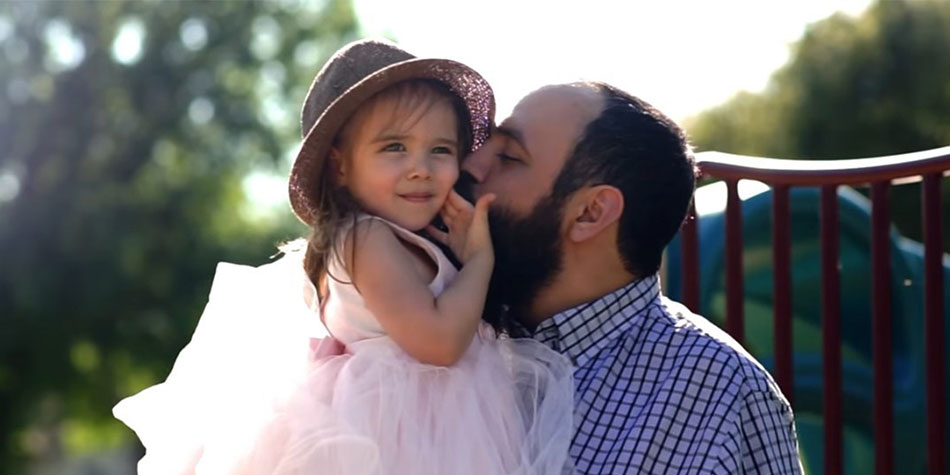 Jerry Wren, 35, thought he was experiencing vertigo as he answered the door for a prearranged Girl Scout cookie money drop-off. He had agreed to be the go-between for his wife, Rhean, a Girl Scout cookie mom, and another mother from their daughter's troop. He was right: he was suffering from vertigo, but the dizziness was just one of a number of symptoms of basilar artery thrombosis - the type of stroke that he was having.

"I remember going to answer the door and not being able to walk that well," Jerry said. "Like my balance was all gone. I thought it was vertigo."

The woman called Rhean immediately and reported other symptoms.

"She said Jerry was unbalanced, throwing up and slurring a little bit," Rhean said. "I thought, ok, his speech is slurred ... that sounds like a stroke. But he can't be having a stroke because he's only 35. When I heard him trying to talk, you couldn't understand anything he was saying. So I called 911."

According to the American Heart Association (AHA), someone in the U.S. has a stroke every 40 seconds. It's about as common as a heart attack, the No. 1 killer of men and women. And while time is a crucial factor — just as with a heart attack — stroke is largely treatable. However, most people don't recover from a basilar artery thrombosis.

"When Mr. Wren got to the emergency room, he was unresponsive, unable to breathe on his own and wasn't moving his arms and legs properly," said Alexander Venizelos, MD, an interventional neurologist at Medical City Forth Worth, a Comprehensive Stroke Center. "He had a blood clot in his basilar artery, which is one of the most important arteries that goes to the brain. Over 85 percent of people who have a basilar thrombosis die."

"EMS told me they were taking Jerry to Medical City Fort Worth because it's a stroke hospital," said Rhean. "It's what they do."

A number of factors, including the accessibility of a nearby stroke center, quick thinking on the part of the woman dropping off the cookie money and Rhean's knowledge of stroke symptoms, likely saved Jerry's life.

"Any time there's damage to the brain, those cells are being lost very quickly," Dr. Venizelos said. "The faster we're able to recognize the symptoms and do the appropriate imaging, the better the outcome. We were able to take pictures of the blood vessels going to the brain in real time and deploy small suction devices to remove the clot."

Think FAST for symptoms of stroke. 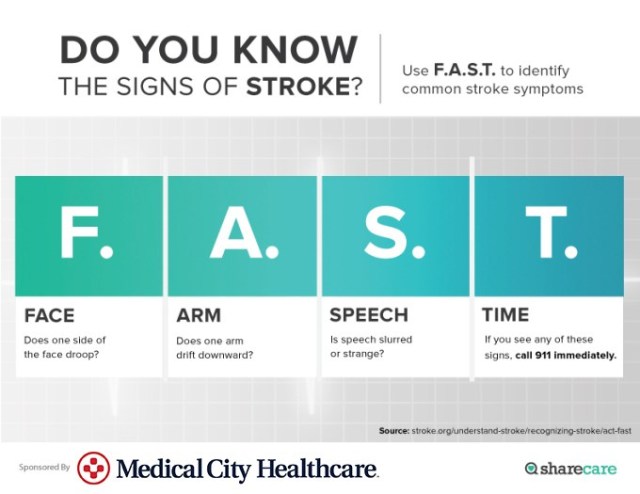 Rhean encourages everyone "” even younger people "” to learn the signs of stroke and don't discount them because of someone's age.

Remember the acronym FAST and look for these stroke signs:

Even children can learn the signs of stroke so they can be prepared for what to do in an emergency. Watch as the Medical City Children's Hospital Puppeteers teach kids how to be stroke heroes.

The AHA says that most strokes are preventable. While some risk factors are not controllable, such as age, gender and ethnicity, many are within your power to change.

The National Stroke Foundation has identified these controllable risk factors for stroke:

Jerry has a nickname around Medical City Fort Worth and it's one that he and Rhean are pretty happy about. 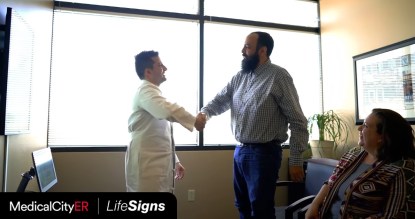 If someone is showing signs of a stroke, dial 911 or go to the nearest ER.

For minor emergencies or major mishaps, one of our many Medical City ER locations across North Texas has you covered. With average wait times posted online, if you do have an emergency, you can spend less time waiting and more time on the moments that matter most.

Stroke or Migraine? How to Know the Difference.