14-Foot Fall: How to Avoid a Ladder Accident 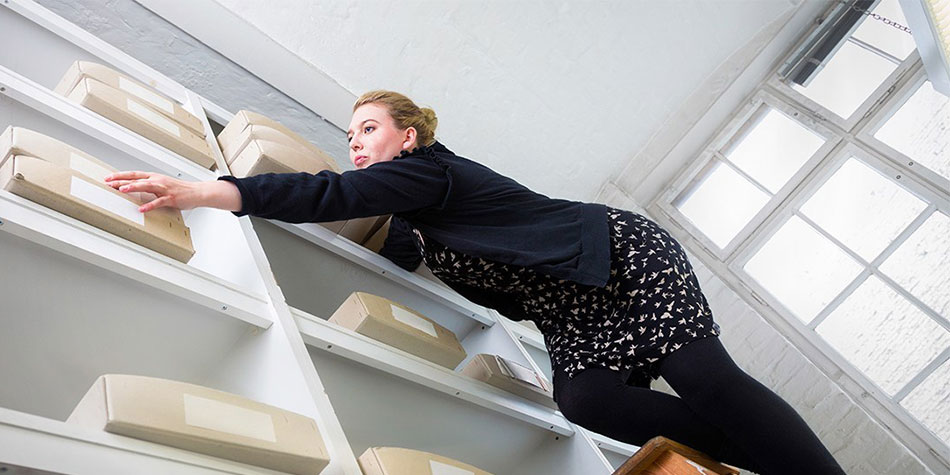 In 2017, approximately 270,000 people were taken to the ER after falling off of a ladder or stool, according to the Consumer Products Safety Commission. Of those, nearly 42,000 were hospitalized and/or did not survive. Although ladder-related injuries often surge in the fall and peak over the holidays when people are decorating in and around their homes, a ladder accident can happen at any time of year.

Hiram Marin is a textbook example. The 32-year-old North Texan was volunteering at his church when his good deed went awry. Standing on a ladder installing cables, he fell through the roof and landed on his back.

"I was moving over to get down and I fell backward," Hiram said. "I lost my balance and fell about 14 feet down. I felt fine at first. I remember everyone around me being much more concerned than I was."

Later, Hiram would say that the pain in his back, neck and arms was "significant."

The height of good care after a ladder accident.

Despite the pleas of others, Hiram drove home and did not see a doctor until three days later, when he ended up at Medical City Arlington's Level III Trauma Center in critical condition. Scans revealed major damage to his C6 vertebrae, which is near the base of the neck and often corresponds with spinal cord injuries.

"I've walked into neurotrauma ICU millions of times," she said. "But to walk up at that moment, to see my brother lying in the bed "¦ it was a big impact. My coworkers, the look in their eyes, told me everything I needed to know. They didn't have to tell me that it could have been the end of his life."


Gregory Ward, MD, a Medical City Arlington neurosurgeon, performed a posterior fusion on Hiram's neck to decompress the vertebrae and remove bone fragments that had broken off in the fall.

"I've seen fractures of this type that had very different outcomes," Dr. Ward said. "Hiram could have been paralyzed. He was very lucky that our trauma center was nearby."

Hiram is grateful for the medical advances in spine surgery that allowed him to get back on his feet and resume a normal life.

"I feel very blessed through all of this," he said "I'm grateful for the people who helped me after the fall, all of the doctors, nurses and case managers at the hospital, and my family."

When to go to the ER after falling.

Reasons to go to the ER after falling include:

The most common mistakes people make with ladders include selecting the wrong ladder for the job, using a damaged or worn out ladder, and using or placing the ladder incorrectly.

Tips for staying safe on a ladder include:

For more ladder safety tips, read Ladder Safety From the Top Down.

If you or someone in your family has a ladder accident, one of our many Medical City Healthcare emergency locations has you covered. With average wait times posted online, if you do have an emergency, you can spend less time waiting and more time on the moments that matter most.

The post 14-Foot Fall: How to Avoid a Ladder Accident appeared first on LifeSigns.

How to Avoid Getting Burned During the Holidays

October 31, 2018
Cooking fires and other types of home fires increase dramatically during the holidays. Here’s how to keep from getting burned.
Previous Post
Medical City Healthcare

How to Make Halloween Safe and Scare-Free for ...

October 17, 2018
Kids are more than twice as likely to be fatally hit by a car on Halloween than any other day of the year. Here’s how to keep little ghosts and...
Next Post
Back to blog home

The opioid epidemic and COVID-19

How to Prevent and Treat Cyclospora Infection

Stomach Pain: How to Know If It’s Caused by One of the 15 Body Parts That Could Disappear In the Future