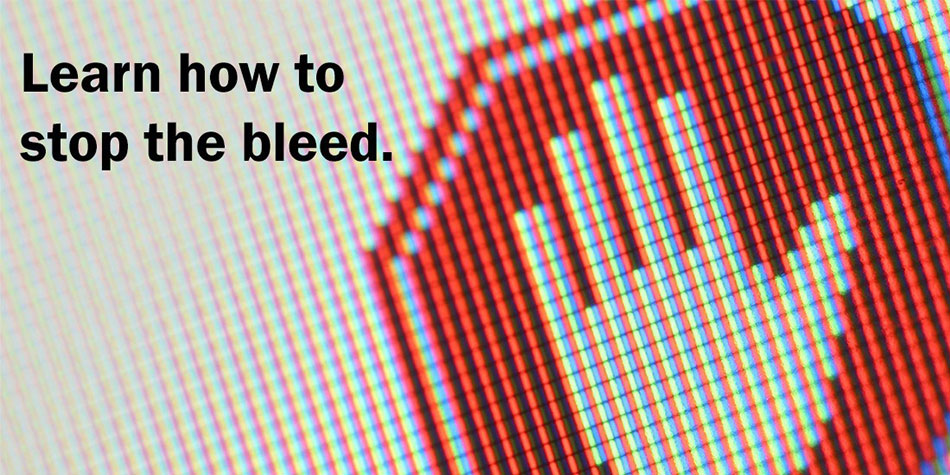 If you're ever faced with an emergency trauma situation that has the potential for serious injuries, such as a natural disaster (fire, flood or tornado), a manmade attack such as the Las Vegas concert tragedy or even a motor vehicle accident, the folks behind Stop the Bleed want to empower you to think of yourself as an immediate responder as opposed to a bystander.

According to the National Trauma Institute, traumatic injuries are the No. 1 cause of death for people ages 1 to 46 years old. In 2014, the CDC reported that nearly 27 million people were treated for injuries in an ER and 2.5 million were hospitalized.

Launched by the White House in 2015, Stop the Bleed is Homeland Security's national awareness campaign to encourage the public to become trained, equipped and empowered to help in a bleeding emergency before professional help arrives. The key is to remain calm, avoid panicking and rely on your training.

But first things first. See RUN. HIDE. FIGHT.®, a video produced by the Houston Mayor's Office of Public Safety and Homeland Security and recommended by the FBI for learning how to respond to an active shooter situation. The takeaway is to think ahead and take immediate action to get to safety.

Once you are safe, check to see if you are injured. Then check those around you. No matter how quickly first responders arrive, people directly or indirectly involved in an incident will always have a head start on providing first aid.

"A person can die from blood loss within minutes during an emergency trauma situation," said Mike Mixson, Trauma Services Director at Medical City McKinney. "But if a bystander is familiar with how to control the bleeding until first responders arrive, they can save a person's life."

"The people who are going to be able to render aid are the ones that are there,” agreed Jennifer Turner, Trauma Program Manager at Medical City Lewisville. "The first thing you want to identify is where the injured person is bleeding from."

Turner has taught first aid classes through the hospital, featuring Stop the Bleed techniques and hands-only CPR. She was recently interviewed by NBC5 for her expertise on emergency first aid. 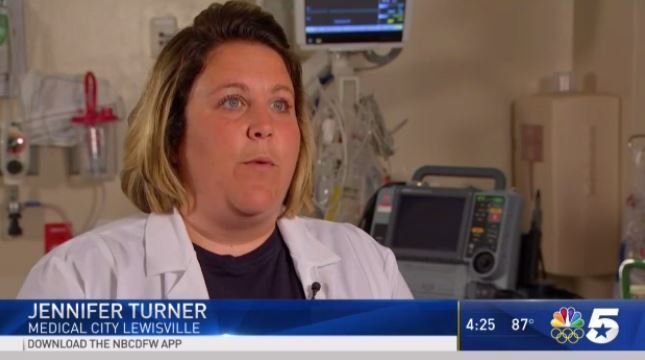 How to stop the bleed.

"We teach members of the community how to pack a wound," Turner said. "So after you've identified where the bleeding wound is, you're going to take a piece of gauze or clothing and start packing it inside the wound. Once you've wrapped your extra material around the wound, you want to apply pressure until first responders arrive."

"Tourniquets can only be applied to arms and legs," Turner said. They will stop the bleeding. Pressure dressings can be done to other areas."

Medical City McKinney donated 75 Stop the Bleed kits to Anna High School for their first disaster drill. Kits contain pressure dressing, gauze, shears, a tourniquet and a simple guide on how to stop the bleed. Find more information at stop the bleed texas.

Members of the hospital's trauma team instructed teachers on how to quickly stop life-threatening blood loss due to injury at a follow-up teacher in-service day.

If a teen or adult suddenly collapses and isn't breathing, start hands-only CPR. It's recommended by the American Heart Association for adults and can double or even triple the chance of survival.

"Studies have shown that compression alone can help save a life," said Turner. We'll teach you the right way to do chest compressions."

Matt Bush, MD, an emergency medicine physician at Medical City Dallas, teaches the two simple steps that can save a life.

For expert care in an emergency trauma situation, one of our many Medical City Healthcare emergency locations has you covered. With average wait times posted online, if you do have an emergency, you can spend less time waiting and more time on the moments that matter most.

The post How to Survive and What to Do in an Emergency Trauma Situation appeared first on LifeSigns.

What You Need to Know About Hospital-Based Emergency...

November 6, 2017
When you visit a Medical City ER—even one that is located outside of a hospital—you can trust that you are getting the same expert care and compassion...
Previous Post
Medical City Healthcare

October 23, 2017
Every 6 seconds, someone is either having a stroke or dying from a stroke. Knowing the signs and symptoms can save a life.
Next Post
Back to blog home

Do you know what to do in a snakebite emergency?

Avoid Icy Injuries and Know How to Safely Fall, Y'all

Exercise-induced asthma: how to identify and manage symptoms

Love Chocolate? Surprise! It Loves You (and Your Heart) Back!