How hip replacement surgery gave Jerry back his active life 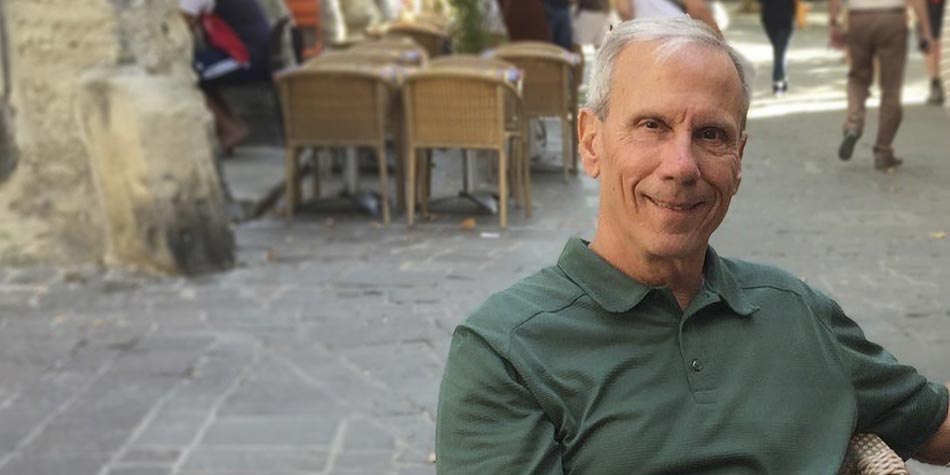 There are more than one million total joint replacement surgeries performed in the United States every year, according to the National Institutes of Health (NIH). By 2030, the NIH expects that number to reach nearly four million. Why the significant and rapid increase? The NIH calls total joint arthroplasty—the fancy term for total joint replacement—“one of the most cost-effective and successful interventions in medicine.”

And yet, many people with joint pain still wait too long before having surgery—Dallas resident Jerry Silhan included. A former Sony BMG Music executive and avid runner, Jerry enjoyed an active retirement that included walking, traveling, charity work, gardening and babysitting his granddaughter. However, nine months before he had hip replacement surgery, Jerry was doing significantly less due to his debilitating back and hip pain. His walks got shorter and shorter. Eventually, he quit walking altogether and needed a cane just to get around.

“I wish I hadn’t waited this long,” Jerry says. “If I knew then what I know now, I would have done this a long time ago. The pain definitely affected my ability to do things. I have a greenhouse with tropical plants and orchids that I could no longer tend. Before COVID, I was able to babysit my granddaughter and play and have a blast with her. Toward the end, I couldn’t play with her.”

Back pain due to hip pain: A common story

Jerry felt like his was a unique situation, but he found out that he was not alone. Many people have pain in one part of the body that is actually caused or made worse by injury or illness in another part.

“I had scoliosis in my lower spine—my L5 vertebra—and had been getting pain shots for the last five years,” Jerry says. “I was ready to have back surgery when I went to my doctor and said I want to get advice on my hip. My doctor said ‘let’s take care of the hip first because you may not have to have back surgery.’ He referred me to Dr. Hohman at Medical City Dallas. Dr. Hohman is a pioneer in both back and hip problems and they often need to be treated together. He took an X-ray and MRI and said he was surprised I hadn’t come in sooner.”

The tests showed that Jerry had severe hip arthritis in addition to degenerative arthritis in his L5 vertebra. He was optimistic when Dr. Hohman recommended an anterior hip replacement and discussed his treatment plan with him.

“How they build and place the hip with people who also have back problems, they do a pre-op screening to show optimal placement by taking lots of X-rays from different angles,” Jerry says.

Anterior hip replacement is a minimally invasive, muscle-sparing total hip replacement surgery performed on the front of the hip. It involves a smaller incision than a traditional total hip replacement and allows for a quicker recovery time because the surgeon doesn’t have to repair the hip muscles and tendons. Often, as in Jerry’s case, patients are able to go home the next day.

Successful hip surgery and a guidebook for recovery

Going into his surgery during the height of the COVID-19 pandemic, Jerry found that it wasn’t an issue.

“I wasn’t concerned about COVID at all because it was apparent that they knew what they were doing and taking it seriously,” says Jerry. “When you go in they take your temperature and issue a hospital mask. Every person I saw and worked with was following strict COVID protocols, so I had no fear whatsoever.”

Jerry’s hip replacement surgery lasted two hours and within another two hours, he was up and walking with a walker.

“It was the first time I was pain free in at least five years,” Jerry says. “I’d heard people say that but until I experienced it, I couldn’t believe it.”

Jerry walked two more times that day, and the following morning the physical therapist came to see him. Together, they went through the hip surgery guidebook that Jerry had been given prior to his procedure. He was released from the hospital at 2:00pm. that day.

“One of the wonderful things about Medical City is the hip surgery guide,” says Jerry. “It was a lifesaver—the best tool I could have ever asked for. If you follow the guidebook for hip therapy, it’s hugely useful.”

“I got on a routine of walking around the house every two hours and did the exercises in the book twice a day. I got my range of motion back and was able to break through my mental habits of stooping and depending on the cane. At my two-week post-op appointment, I was feeling great and got clearance to drive. I drove to Sprouts and did some shopping—absolutely pain free.”

Best of all, Jerry is once again able to play with his granddaughter.

For more information about having surgery during the pandemic, including surgery FAQs and what to expect during your hospital stay, visit our Coronavirus Resource Hub.

Stroke or Migraine? How to Know the Difference...

April 27, 2021
Stroke or migraine? Knowing the difference could save your life. Both are common neurovascular disorders with many similarities. Your throbbing...
Previous Post
Medical City Healthcare

April 5, 2021
B.E. F.A.S.T. in identifying the symptoms of a stroke and prevent lasting damage.
Next Post
Back to blog home

5 tips to help prevent back pain at work

Is it safe to have surgery during coronavirus?

How to know when an injury needs ice or heat