Ashleigh Hoelscher knew from a young age that the heart defect she was born with, aortic valve stenosis (AVS), would make it unsafe for her to have children. She was told by multiple specialists, including some who specialized in high-risk pregnancies, that giving birth was not an option. But Ashleigh was determined to carry and deliver her own children. She became an advocate for herself and switched physicians and hospital systems until she found the ones who were capable of providing the level of expertise and care she needed. Now, Ashleigh is planning the birth of her third child at Medical City Dallas Women’s Hospital; a boy named Miles due in January 2023. Here’s how Ashleigh found the high-risk pregnancy support that helped her become a mom on her terms. 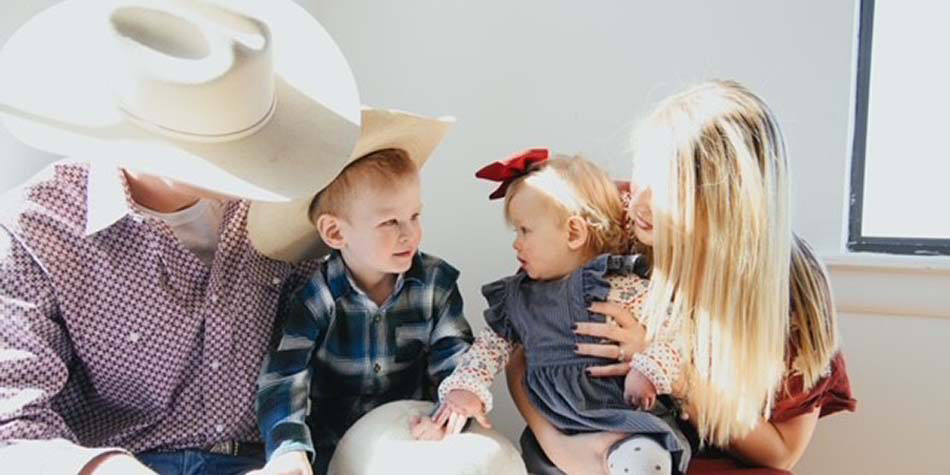 “At birth, I was diagnosed with aortic valve stenosis,” says Ashleigh, a third-grade teacher in Collin County. “My doctors in San Antonio said there were a lot of things I would never be able to do, including play sports or have babies. When I was four, we moved to DFW and found a wonderful cardiologist at Medical City Dallas. She was completely different and didn’t treat me like a textbook case. Because of her, I tried all the sports and eventually played select soccer. She took such good care of me throughout my childhood! Her care is what allowed me to do all the things I’ve done.”

What is aortic valve stenosis and how does it affect pregnancy?

Aortic valve stenosis is a common birth defect that occurs when a heart valve doesn’t form properly. This can cause improper and inadequate blood flow, making the heart work harder to supply the body with oxygenated blood. Depending on the severity of the condition and whether it’s treated or not, it can lead to further damage of the heart muscle.

Because pregnancy puts additional stress on the body, including the heart, patients with aortic valve stenosis are typically advised against becoming pregnant. There was a very real chance that having contractions and going through the labor process could cause Ashleigh’s heart to fail.

“When I got pregnant, the doctors I went to were terrified,” Ashleigh says. “They said ‘you or your babies are going to die.’ I even had a friend in medical school who said that if you open a textbook to AVS, it says you shouldn’t have children. But I always knew that I was going to have them.”

Finding the right care team is everything.

After two health systems in North Texas declined to accept her as a pregnant OB/GYN patient — including the one she’d been going to since high school “because it’s where my mom went,” Ashleigh searched “high-risk pregnancy” online and found Angela F. Walker, MD., an OB/GYN at Medical City Dallas.

“Dr. Walker wasn’t fazed by my heart condition at all,” says Ashleigh. “She welcomed me as a patient and said, ‘We’re just going to make it happen.’”

Dr. Walker’s willingness to accept Ashleigh as a patient is a testament to her compassion and expertise. She was also able to see Ashleigh as a person and not just a condition in a textbook.

“Ashleigh came to me already well-informed about the extreme high-risk nature of her pregnancy,” Dr. Walker says. “She already knew that aortic valve stenosis can be very dangerous — putting her at risk for heart failure, arrhythmias, pulmonary edema and even death. Regardless, she was determined to carry that baby. Right away I could tell that most of all she needed open arms, and I was happy to provide them.”

“Thankfully, at Medical City Dallas, we have access to all the resources necessary to give her the best chance to have a healthy pregnancy. I was able to assemble a coordinated team of specialists, including myself, perinatology, cardiology and anesthesiology, and we made a game plan for her prenatal care and delivery.”

“It helped that Ashleigh was so motivated — she kept her appointments with all the doctors, listened to our guidance and worked hard to stay as healthy as she could. Thankfully, with that preparation and lots of prayers, she and her baby did great. So great in fact, that she had a second baby about 18 months later and is currently pregnant with her third! The same team is involved and we have our plans, backup plans and backup backup plans in place to act in case danger arises.”

“I feel so honored that Ashleigh chose me to be her OB/GYN, and I'm happy we can provide the safest place possible for her to deliver her babies.”

Having her babies while she was young was key, because eventually Ashleigh will have to have her heart valve replaced. After that, she’ll need to be on blood thinners for the rest of her life — not ideal during pregnancy. Ashleigh delivered her first baby, son Merit, when she was just 22.

She had no complications during either of her previous pregnancies. However, her deliveries have to be very carefully planned and coordinated via scheduled C-section. Miles’ tentative birth date is January 17, 2023 — two years and one week after daughter Evangeline’s. He will complete the family of five.

While Ashleigh came through Merit’s birth with no issues, she and husband Heath had a momentary scare when their son’s umbilical cord became wrapped around his neck and he stopped breathing.

“Dr. Walker and the team never panicked,” Ashleigh says. “They were the calm in the storm.”

The new parents had additional peace of mind knowing that Medical City Children’s Hospital has a Level IV NICU, which provides the highest level of neonatal intensive care and is on the same campus as Medical City Dallas. Thankfully, it wasn’t needed.

During her daughter’s birth, Ashleigh was the one who needed a little extra care.

“With Evangeline, my blood pressure dropped too low. But again, the team didn’t panic,” she says.

“I love delivering at Medical City Dallas,” Ashleigh says. “I tell people I even love my C-sections. They’re planned, there’s music and there’s no stress. I’ve referred a couple of friends there because we LOVE the nurses and the pediatricians on staff; they make sure we’re taken care of in every way.”

IN 2022, Medical City Dallas was voted Best Hospital to Have a Baby in Dallas County by readers of DFWChild Magazine for the second year in a row.

We don’t just deliver babies. We deliver dreams. Find the perfect doctor for you or your baby or call our free, 24/7 Ask a Nurse hotline.

What will it be like to have a baby during the pandemic?