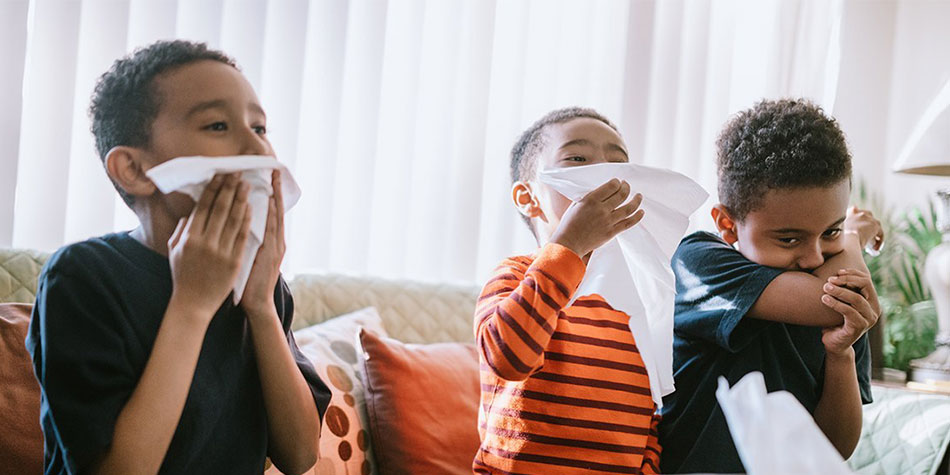 Last year's flu season was severe. In fact, it was the first to be ranked a high-severity season across all age groups under the CDC's new seasonal severity classification system. It claimed the lives of 185 children, making it the deadliest flu season since 2009's flu pandemic. It was also one of the longest seasons in recent years, with reported influenza-like cases remaining at or above the national baseline for 19 weeks.

So far, the 2018-2019 flu season hasn't hit with the same force. But North Texas residents should be aware that according to the Dallas County Health and Human Services, flu is on the rise as we head into 2019. It's possible that the worst is yet to come, similar to the 2017-2018 season, which peaked during January and February and remained elevated through the end of March.

The CDC estimates that the flu vaccine prevented an estimated 5.3 million illnesses, 2.6 million medical visits, and 85,000 hospitalizations associated with influenza during the 2016-2017 season.

It's not too late to get a flu shot. Flu vaccines are still the best way to protect yourself and your family from the flu and its complications, which can include pneumonia and sepsis.

Get quick and convenient flu shots for the entire family at one of the many CareNow Urgent Care locations across DFW. Good news for parents: the nasal spray version of the flu vaccine, FluMist®, has been recommended by the CDC this season after not being recommended for the past two.

Pregnant women are highly encouraged to get a flu shot.

While most cases of flu are mild and will resolve with rest, fluids and over-the-counter medications for symptoms such as headache, fever and coughing, some cases will require medical attention. It's good to know you have options for seeking treatment.

When to go to the ER for flu.

Certain people are more at risk for developing severe cases of flu and its complications. These include infants and young children, the elderly, pregnant women and people with chronic health conditions, including heart disease and asthma. People in these groups should always check with their healthcare provider during an illness. However, anyone can become severely ill from the flu.

Signs and symptoms that indicate a trip to the ER include:

If the flu pays a visit to your family, one of our many Medical City Healthcare emergency locations has you covered. With average wait times posted online, if you do have an emergency, you can spend less time waiting and more time on the moments that matter most.

The post Flu is on the Rise in 2019: Know When to Go to the ER appeared first on LifeSigns.

January 23, 2019
Sheryl Blazer, a heart patient with AFib, was alone on her farm when her heart stopped.
Previous Post
Medical City Healthcare

How to Manage Asthma in the Winter and Stay out...

December 17, 2018
Winter’s cold air can be tough on asthma sufferers. Here’s how to manage symptoms so you can stay out of the ER.
Next Post
Back to blog home

How to Prevent Your Own Heart Attack