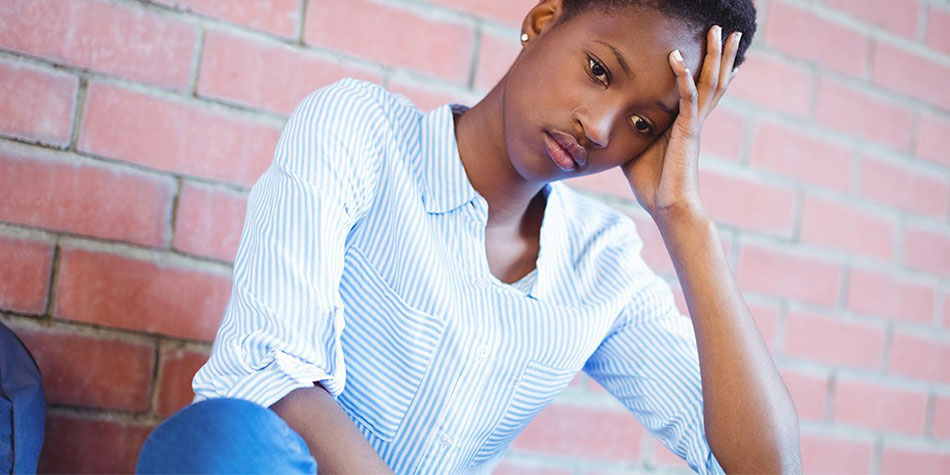 "13 Reasons Why" is a Netflix series produced by Selena Gomez, a celebrity artist who has struggled with depression and anxiety for several years. Based on Jay Asher's 2007 novel about teen suicide, "Thirteen Reasons Why" tells the story of 17-year-old Hannah, who takes her own life and leaves behind a suicide note in the form of 13 cassette tapes. All 13 episodes became available March 31 and the controversial show is so popular that a second season has already been renewed by Netflix.

The show deals with some heavy topics in addition to teen suicide, including bullying, rape and other mature subjects. It has prompted schools to send warning letters home to parents with recommendations from the National Association of School Psychologists.

Suicide by the numbers.

Studies show that 90 percent of those who died by suicide had an underlying mental illness, so we asked an adolescent psychiatrist at Medical City Green Oaks Hospital to share five pivotal points highlighted by "13 Reasons Why."

Five opportunities and insights to discuss teen suicide provided by the Netflix show "13 Reasons Why."

Platform for Discussion: Mental illness is still taboo, especially in children and adolescents. "13 Reasons Why" provides the opportunity for parents, teachers, mental health providers and other adults to begin discussions involving depression, teen suicide and a variety of other topics that are pertinent to teens, including sexual assault and cyberbullying.

Asking for Help/Paying Attention: "13 Reasons Why" highlights the fact that teens in distress need to reach out for help sooner. There were many people in Hannah's life who could have been very helpful resources for her in her time of distress, but she didn't utilize them when needed. Conversely, the show is also a cautionary tale for parents regarding the slippery slope of depression and may serve as a catalyst for parents to start researching and paying attention to the warning signs of depression and suicidal thoughts in their children and providing them with professional help sooner.

The main character in the series, Hannah, makes multiple cameo appearances (usually as flashbacks from one of the other characters who are the subjects of her tapes) almost as if she is not really dead. She also controls the actions of the people that she left behind through instructions that she has left on the tapes. This is a very dangerous representation of suicide that alludes to the fact that people who have completed suicide aren't really gone but exist in some other form that enables them to interact in some way with the people they left behind. This perception of invincibility and lack of finality is actually a soft suggestion to children that suicide is merely an alternate life path and this is not the case.

Attention Seeking Through Suicide: "13 Reasons Why" highlights the fact that Hannah achieved the attention and validation that she didn't get in life through her death. Many children and teens with depression already feel isolated and invisible. Arguably, the show could give impressionable kids the idea that suicide might be an option to get the same results that Hannah did.

Need to Process: Although "13 Reasons Why" does have a discussion panel at the end of the series to talk about the heavy subject matter presented, it would be much more beneficial for children and teens to have a panel discussion built in after every episode to process the topics discussed more pointedly and frequently.

Clearly, there are a variety of reasons that "13 Reasons Why" can be both adverse and beneficial. At the end of the day, it does help kids understand how important it is to be kind and respectful to others. It also might help them feel empowered to reach out to educators, counselors and other adults when they think that someone (child or adult) is struggling.

If you'd like to talk to your kids about the subjects highlighted in "13 Reasons Why" but aren't sure where to begin, here are some resources:

The JED Foundation, a nonprofit that aims to prevent suicide in teens and young adults, has developed a series of talking points for children and adults.

The Society for the Prevention of Teen Suicide offers helpful information on how to know if suicide is a risk for your family.

The National Suicide Prevention Lifeline (800-273-8255) provides free and confidential resources and support for people of all ages in distress or crisis.

For fast, emergency help when you need it most, look to one of our many Medical City ER locations across North Texas. With average wait times posted online, if you do have an emergency, you can spend less time waiting and more time on the moments that matter most.

The post Five Opportunities and Insights from "13 Reasons Why" appeared first on LifeSigns.

When Cyberbullies Attack: Know How to Fight Back

How a healthcare company is battling the opioid crisis