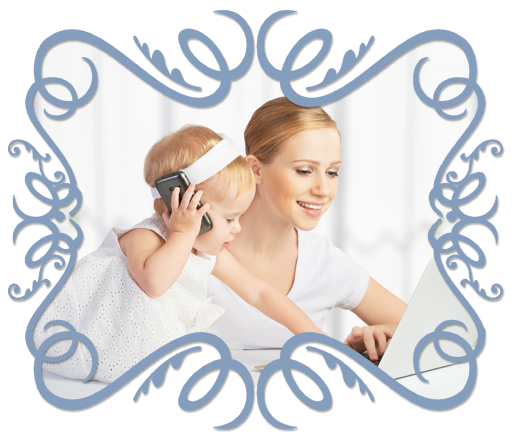 As a pediatric speech-language pathologist of child-bearing age, I am definitely not lacking in friends, friends of friends and otherwise acquaintances who solicit my professional opinion on concerns regarding their child's speech development.

Let me say, first and foremost, that I am always honored to be considered a trusted enough professional to be asked my opinion on something so important to parents as their children. In my ten short years of professional experience as an SLP, I have noticed a trend in some of the concerns that parents bring to my attention, asking for my informal opinion.

Second, no concern that a parent has regarding a child's development is too "small" or "silly" to bring up with your pediatrician. Any time I give my opinion on whether or not a parent's concerns warrant asking the pediatrician for a speech therapy consultation, I always urge parents to talk to their child's pediatrician as well, if they haven't already.

Lastly, I would urge parents not to Google their concerns in an effort to self-diagnose or self-treat. I say that primarily because there are a lot of overlapping characteristics to a number of speech disorders, which may land you barking up the wrong tree, so to speak.

Without further ado, here are some frequent concerns I hear from parents regarding their children's speech development and my general responses to these concerns.

My child is 2, and I can't understand her. In general, there are many "errors" called phonological processes that typically developing children exhibit as they are learning to talk. An example of a phonological process you may hear in your child's speech is dropping off the end of a word, i.e. "ca" for "cat" or "da" for "dog." Another example of this is when a child simplifies a word by substituting or omitting a sound, i.e. "banky" for "blanket" or "dink" for "drink." There is also a timeline in which it is considered normal for various speech sounds to develop, meaning it's okay that there are some sounds that aren't coming out quite right yet or aren't being attempted at all.

Bottom line: Many reasons one may not be able to understand their 2-year-old are age-appropriate and as your child's speech continues to develop those processes should phase out.

What you can do: Model the correct word label for children without requiring them to attempt the correct pronunciations.

Always assume that it's a given that you should mention any concerns to your pediatrician. I would definitely ask for a speech therapy evaluation if your 2-year-old:

My child isn't as advanced with his speech or as articulate as his older siblings were at his age or other kids he plays with of similar age. While it is human nature to compare (in every aspect of life), it is absolutely true with children that all kids develop at different rates. Aside from a child's innate developmental timeline, there are also a ton of factors that affect how speech develops environmentally. Family dynamics, parenting styles, child's personality, daily schedule and much more all have an effect on how a child's speech develops.

What you can do: If you find the secret to not comparing to others, let me know. Really! It is so, so hard NOT to compare everything in life to what you see around you.

Always, always, always go with your gut on this kind of thing. It bears repeating that your child's pediatrician should be your go-to for any concerns regarding your child.

My child doesn't like to play with other kids. There are lots of reasons that children may not want to play with other children that are not indicative of an issue with speech. First of all, there's that whole "sharing" thing. That's a deal breaker for a lot of children, even those who are excellent communicators. Children, until taught otherwise, are totally egocentric and on their own agenda. If your child isn't a strong communicator yet, the potential is high for a situation where she isn't going to be able to communicate what her wants or needs are and other children are not going to be the problem-solvers in that situation. Little Sally probably isn't going to want to get to the root of why little Lucy is crying; she's simply going to take her toy and find a non-crying friend to play with.

Bottom line: A lot of children aren't going to be completely thrilled about situations where they have to share, communicate and deviate from their desired plans. It's just so much easier and more fun to rule the roost when these other ankle-biters aren't around.

What you can do: Practice makes perfect. Story time, play dates, mother's day out, Sunday school … socialization is a very important part of child development. Despite other children not always being the preferred playmates, children learn so much more from same-aged peers than they do from teachers or parents.

If, despite consistent opportunities to play with other children, your child is:

My child is a picky eater. Children are little power mongers, and once they realize that caregivers cannot force them to chew up and swallow food, a lot of them use refusal to eat as a way to hold some power over their parents. Also, chicken nuggets are just so much tastier than broccoli — that is a proven fact in Toddler Land. Given the potential power struggle and parents' innate desire to nurture their kids, parents may fall into the trap of just feeding kids whatever will keep the peace, which will just solidify your child's limited palate. Plus, we are all creatures of habit.

Bottom line: Getting adequate nutrition is one of those nonnegotiable things, which means that the power scale may tip in the kid's favor just to get food in the stomach. When you give menu control to a 2-year-old, it's going to be something delicious like chicken nuggets or French fries every time.

What you can do: This one probably deserves an article of its very own, but in general, I would recommend not even going down the road of providing special "kid" meals that differ from what the parents are eating unless the child in question doesn't have teeth to chew food yet. But if you are already down that road, waving your white surrender flag, I would recommend introducing one non-preferred food item per meal to gradually expand your child's food choices.

My child is 2-3 years old and just started stuttering. Much like with articulation and phonological errors, fluency is another area of speech that might exhibit some bumps in the road as speech is developing. Stuttering, when manifesting as a typical speech irregularity during speech development, typically looks and sounds different than if it develops into a lingering communication disorder. I like to explain the reasoning behind typical stuttering (i.e. stuttering that your child will grow out of) in a toddler to a concerned parent by describing it as your toddler's brain outputting more information than your child's mouth can quickly formulate into cohesive words. You may see an increase in typical stuttering if your child is tired or overly excited. In large part, typical stuttering goes unnoticed by the offender.

Bottom line: Like the other emerging areas of speech, sometimes children develop some stuttering as their fluency of speech is developing.

What you can do: Encourage children to slow down (and/or calm down). Model clear, fluent speech when talking to your children.

If you have concerns about your child's development or your gut is telling you something isn't quite right, I always recommend to err on the side of caution and mention it to your pediatrician. Together, you can decide whether or not a speech evaluation is warranted. On that note, if a speech evaluation is recommended, it does not mean that there is anything uncommon going on with your little cherub. 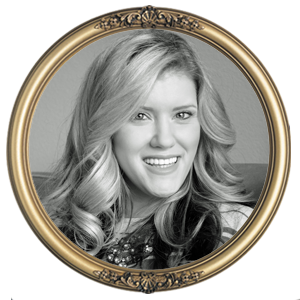 Morning Sickness: Why it's a Good Thing (And How...

The Year of NO: How to Have More Quality Family...

September 5, 2017
If you choose fewer things you can really go deep, focus and make an impact. If your energy is going in all directions, it makes no impact in...
Next Post
Back to blog home

Epidurals: Are They Safe and Should Moms-to-Be Get One?

Pregnancy Hormones: How to Lose Weight After Baby

Diary of a First-Time Mom-to-Be: Getting Ready for Baby

Babies on a Plane: Diaper Bag Do's and Don'ts