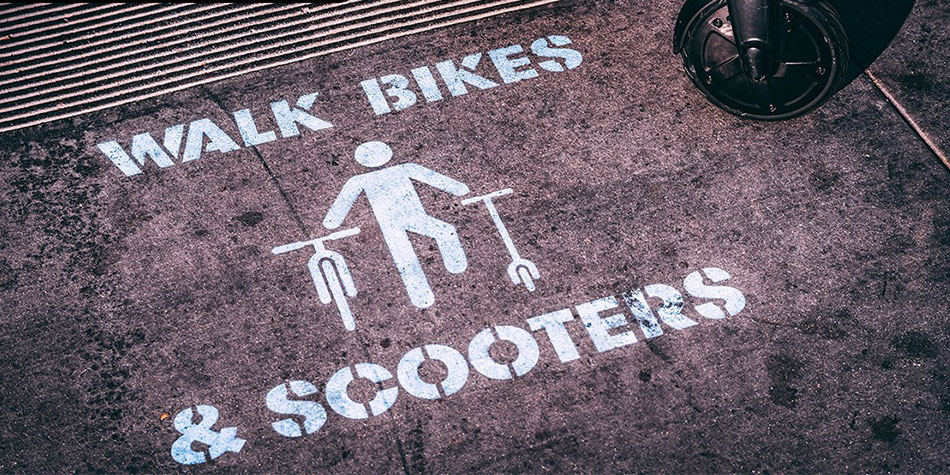 If you've ever thought about climbing on a rideshare electric scooter, much less letting your kids ride one, you may want to think again. Similar to their foot-powered predecessors, electric scooters are making headlines for sending riders to emergency rooms—and worse—in North Texas and across the country. According to a 2019 CDC report, there has been a surge in ER visits for fractures, dislocations and head trauma since last year when e-scooters started showing up on urban streets.

Earlier this year in Austin, a University of Texas star baseball player hit a pothole while riding one. The surgery to repair his torn Achilles tendon put him out for the season. A mom of four, the CEO for a nonprofit, hit a rock while riding a scooter, lost control and suffered a concussion and broken rib. In Austin's first scooter-related fatality, a UT student was killed when the electric scooter he was riding collided with a car.

These and similar incidents prompted Austin Public Health and the Austin Transportation Department to contact the CDC and request the first-ever study of scooter-related crashes and injuries. The study results, which were released in early May, found that nearly half of the 192 study subjects suffered a "severe injury," including:

"Statistics show that less than 1% of all riders wear a helmet, yet almost half of the injured riders sustained a head injury," said Karrie Lawson, Injury Prevention and Outreach Coordinator for Trauma Services at Medical City Children's Hospital.

"Remember that an e-scooter is still a moving vehicle that can cause a significant traumatic injury, but it can be a fun vehicle when used safely and wisely. Ultimately, we want you to take appropriate precautions. Wear protective gear, go slow, be aware of your surroundings, don't ride distracted or under the influence, and know your state laws and city ordinances."

There are always risks involved when riding any type of personal recreational vehicle. The majority of e-scooter incidents involve first-time riders, riders without helmets and falls.

Here are some things you can do to decrease the risk of accident or injury:

When an electric scooter trip turns into a trip to the ER, one of our many Medical City Healthcare emergency locations has you covered. With average wait times posted online, if you do have an emergency, you can spend less time waiting and more time on the moments that matter most.

The post How to Be Safe on an Electric Scooter appeared first on LifeSigns.

Know When to Call 911 Instead of Driving to the...

May 17, 2019
A well-stocked summer first-aid kit includes these 7 essential items in addition to the basics.
Next Post
Back to blog home

What are common heart attack symptoms?

When to Get Emergency Care for Cuts or Bruises

The depression and heart disease link

Learn About Burns: Get Schooled in Burn Awareness

When to end a COVID-19 self-quarantine