Diary of a First-Time Mom to Be: Gender Reveal

Gender with a side of chicken tenders.

I had pictured many times in my life how I might find out the gender of my child. A phone call? At an appointment? A specifically colored cake or balloon? But never did I dream I'd find out in the drive-thru of a Chick-Fil-A®. I really shouldn't be surprised, because it is a place where a lot of special things happen — including Chick-n-Minis™. While it isn't the reveal I'd dreamed of, sometimes the best things in life are better left unplanned! (Please don't remind me I said this when I'm 9 months pregnant and waiting for my water to break.)

When my mom was pregnant with me in the late '80s, gender prediction for pregnancy was, well...iffy at best. Because of that, my parents opted not to find out my gender until I was born, but had a girl name picked out. Apparently, my mom was really hoping for a girl, because when I made my debut the doctor said, "You got your Susan!"

Fast forward to now, when it seems like gender can nearly be predicted the moment you conceive! At my eight-week appointment, my doctor went over an early gender testing option the practice had available, which could predict the gender as early as 10 weeks using a blood test. I had heard of this type of test before, but had heard that a) not every doctor offered it and b) it was expensive and NOT covered by insurance. I was shocked to find out that the lab who did the test was running a special and for only $25 — less than a tank of gas — we could find out the gender and do chromosomal testing. Needless to say, we were sold!

We went into that appointment feeling so overwhelmed that honestly, finding out the gender just TWO weeks later was overload. So we opted to do the test when we came back at 12 weeks. They did a simple blood draw — nothing different than usual — and we had to sign a few forms and boom, in 1-2 weeks we would know! The waiting, however, was torture!

I didn't have a preference for which gender our baby was — with it being our first child I just wanted him/her to be healthy! (And no, I'm NOT just saying that — some people act like that's a crime!) My husband, however, predicted from the very beginning that our child would be a girl. It wasn't that he preferred a girl, it's just what his analytical mind was telling him! Most of my husband's family thought we were having a boy, and if my gut was leaning one way or the other, I would've said it was likely a boy as well.

We didn't ever discuss or plan a "gender reveal" party because honestly, our families live in four different states and it seemed like a logistical nightmare. The thought of throwing something together haphazardly for the sake of this strange, Pinterest-created tradition seemed disingenuous and didn't represent us as a couple — we aren't really people that like to be at the center of attention. So, we planned to tell our families the news over the phone (yes, more calls!).

It was a very hot Thursday in July, a week after my blood had been drawn and sent to the lab and I was at an outdoor work event with two of our high school interns. I was starting to get antsy because I was ready to know the gender and also hoped to confirm that our little one was free from any genetic abnormalities. And guess what happened — I missed the call, because I was, you know, working and stuff. Being a productive adult so that I could provide food and shelter for this child I was carrying. But it's like they KNOW you're busy — and that's when doctors' offices call with important news.

The voicemail went something like …"Hi, we have your results and the genetic testing came back fine, but please call us back regarding gender." Insert eye roll. I immediately called them back and THEY WERE CLOSED FOR LUNCH. Like, how dare they?! So I was forced to wait approximately an hour until they reopened and I could get hold of the nurse to get the news. Let me tell you that was the longest hour of my life for more reasons than one.

I left the work event, interns in tow, and we headed back to our office. I had clued them in to what was going on and they were just as excited as I was to get the news. It was adorable. I offered to stop and buy them Chick-Fil-A for lunch and bring it back to the office. So, we make it to the drive-through line that's wrapped around the building — as it almost always is — and order our food. At about that time, it's reaching the point where my doctors' office had reopened after lunch and I could call — so I decided to make the most of the long line and give them a call back — with our intern's permission, of course. (Trying not to be the awkward co-worker who overshares.)

They connected me to the nurse who left the message. She confirmed my name and that I did indeed want to know the gender of my baby and then she said, "Are you ready to find out?" (YES! PLEASE TELL ME NOW — I'VE BEEN WAITING FOREVER!) And then, "It's a girl!"

As the words resonated in my ears and it started to wash over me, I totally teared up. Finally knowing more about this little bean that was growing inside of me was so, so cool. Now we had a pronoun to refer to her by, and it was at about this point in my thought process that my car decided to literally hate me. I got off the phone with the nurse and there was beeping and lights flashing on my dash — it appeared my car was overheating and I hadn't even paid for our food yet! It was like the coming together of two of the most opposite things that could have happened right in the same instance.

Afraid my car was literally going to die in the drive-through line, I pulled out and into a parking space, then called my husband to tell him that his prediction was right and, oh, by the way, there's something wrong with my car and I'm pretty sure it hates me. Talk about weird! I went inside and paid for our food at the counter, brought it back to my car and finally made it to my mechanic across the street from where I work.

When we were walking back to the office, I told our interns, "This is what adult life is like; some days you find out the gender of your child, then your car breaks down."

My husband and I spent the evening calling our immediate families and close friends to tell them the news, and it was fun hearing everyone's reactions. And if you're wondering...no...we do not have a name picked out. 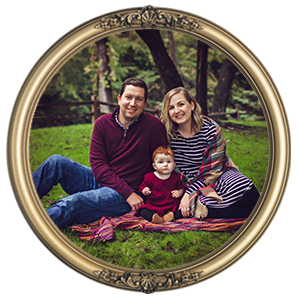 Susan is a first-time mom-to-be, communicator and frequent Google-er. She resides in Plano with her husband and fur-baby, Lucy. Follow her as she navigates the uncharted waters of pregnancy, motherhood and all that comes with it.

Because Fall is the Best Time of All

October 17, 2017
Halloween is almost here ... are you ready? If not, read this family-friendly guide to healthy treats, costume cheats and haunted streets!
Next Post
Back to blog home

What's the best hospital to have a baby in Denton County?

Having a Baby: How to Find a Hospital That Supports Choices