Diary of a First-Time Mom: Moving From Loss to Baby Joy 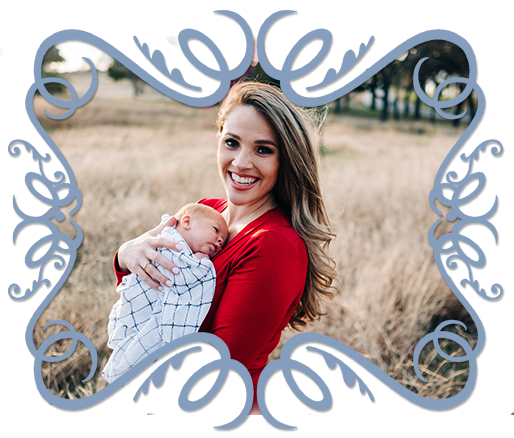 Meet new mom Emily Harris, a PR director in Frisco who gave birth to her precious son, Cason James, at Medical City Dallas. But not before Emily had suffered through endometriosis, looming fertility issues and the heartbreaking loss of her first son, Jackson Reed, from cervical incompetency when she was 20 weeks pregnant.

As a kid, I never thought about where I would be when I turned 30. I just thought about the then and now, and always knew everything had a way of working out. Study hard, work hard, do the right thing and the right things will happen for you, right? If my 30-year-old self could look back and tell that young girl something, it would be ... don't change a thing.

Growing up in Harbor City, California, racing dirt bikes was a way of life for many area residents. Everyone had dirt bikes and rode, that's just what you did for fun on the weekends. Every chance I got, riding my dirt bike was the one thing I wanted to do since I first rode one at the age of 13. By the time I turned 15, I decided to try racing motocross. Some races went well and I brought home a trophy, others landed me in the emergency room. I continued traveling across the United States with various racing circuits and entering all the categories that I could qualify for. Never did I know that at one of the races I attended, I had just met the man I would one day marry ... a born-and-bred Texan who would one day bring me back to his home state that I now love so much.

Fast forward to year 22 of my life, when Jeremy asked me to marry him. He talked about one day having a family, and I thought he was crazy. I decided to speak with my doctor about it, Monica Diaz, MD, an OB-GYN and fertility specialist at Medical City Dallas Women's Hospital. She was firm to let me know that if a family was in the future, it was a good time to begin planning for it — after all, I was now 27. The thought was that it was going to take me a very long time to get pregnant, if I even could get pregnant naturally, as I had a large amount of scar tissue on my uterus due to endometriosis. So in order to be deemed infertile, we had to try to conceive for one year (January 2017-December 2017). After that year was up, the plan was to undergo surgery to remove the scar tissue and then evaluate if I could get pregnant naturally or if we would have to do in vitro fertilization (IVF). Shockingly, at the end of February 2017, I found out I was about six weeks pregnant with Jackson.

I was in shock and my husband was elated when Dr. Diaz confirmed that I was pregnant. There were so many questions, but I knew we would find the answers and learn as we went. Upon recommendation, we decided to have prenatal testing completed with a maternal and fetal medicine specialist, Joshua Weiss, MD, also at Medical City Dallas Women's Hospital. Each test we underwent came back negative for birth defects. The time had come, it was so real.

We picked out the most perfect crib to be the throne for this cherished child by one of us having the other select the item each of us liked. When we showed our selection to each other, it was the same one! We laughed and picked the color of the baby's room, we joked about outlandish names and laughed until it hurt that this was our new reality. We were parents. This was our son.

Each day, the excitement grew along with my belly. Feeling Jackson move for the first time was a remarkable moment that one does not forget, and a 10-second video to prove it is all one needs to show every friend in the world that this is really happening. Going into my scheduled checkups was bliss because my son was doing so well. Carrying on each day with joy came naturally because in my mind at that point, a perfect future was set in stone — or so I thought.

It was Thursday, June 8, 2017. I was exactly five months pregnant when suddenly my water broke. A late afternoon call to Dr. Diaz and a test to my amniotic fluid confirmed that the worst had indeed happened. Right away, I was admitted in hopes that the amniotic fluid would regenerate itself and that my son would stay alive until he could be viable outside of the womb. I was resigned to this, that there was hope and I would stay in the hospital as long as I needed to in order for this boy to survive.

Listening to his heartbeat had become a familiar sound and it seemed as if nothing could take it away. He's still alive, he's fine, I reasoned. As my precious husband lay by my side in that hospital bed, the three of us were a family. Everything was going to be okay, we told ourselves, this has happened to others and their babies survived, so our son would, too.

At 7 a.m., our fetal specialist came in to make the final determination. He completed a sonogram and sadly confirmed that there was no amniotic fluid surrounding our child. A test from the lab came back and brought Dr. Diaz to our room as she informed us that they weren't just worried about the baby now, but that I had an infection throughout my body from the amniotic fluid. We have to save mom now, she said.

The most crushing words I had ever heard fell on my body, along with the weight of my husband. There were no words and not enough tears. We were transferred from that beautiful antepartum unit, that I suddenly so badly wanted to call home, into labor and delivery. The unit of joy that to us was full of sorrow. The cries of newborns pierced our ears as we were taken to a quiet delivery room to meet our son. We listened to his heartbeat until it was no longer and sat in silent tears as we held him close. This was our son, Jackson Reed Harris, and he was perfect.

Not knowing why my water broke early added urgency to a second pregnancy. I had changed from naively thinking everything would be perfect, to feeling like my body had failed me and simply hoping we would have another chance. Nine months later I found out I was five weeks pregnant. As exciting as it was, it was also bittersweet and overwhelming. Would this child survive? Without a word, my husband and I both knew we could not bear to bury a second child. We hoped desperately for a different outcome.

My checkups with Dr. Diaz went well. From the beginning, everything was normal just as before. In light of precaution beginning at four months pregnant, I was to receive weekly shots of 17-hydroxyprogesterone to prevent pre-term labor. As the five-month mark drew near, I could only pray to make it past that day. What was a normal milestone to some was certainly a huge breakthrough to me.

June 17, 2018, marked a year since that terrible day ... and I was now so grateful to have reached it again. Yet just 12 days later, at 21 weeks and five days pregnant, I was admitted into labor and delivery again, this time diagnosed with cervical incompetency. The baby was trying to be born early. Dr. Diaz explained that although there were risks of membrane rupture (aka, my water could break early again), Dr. Weiss would be performing surgery the next morning to place a cerclage (stitch) in my cervix in an effort to try to get my body to maintain this second pregnancy.

The excruciating loss of Jackson was imprinted on our minds as we pressed forward. If I did not undergo the surgery, losing this baby as well was an imminent reality. The surgery went well, and we could only be thankful for any time that it bought us to give our child more time to grow. The ten weeks between 22 weeks and 32 weeks went very well. I had been going to weekly checkups with Dr. Diaz to receive my hormone shots and to my weekly fetal checkups with Dr. Weiss.

At my 32-week checkup with Dr. Weiss, he determined that my cervix was shortening and the baby was getting ready for delivery. I was again quickly admitted into labor and delivery, this time to receive two rounds of steroid shots over two days to try to rapidly develop the baby's lungs. We knew he could be born any day. From that point, I stayed on bedrest. We knew the baby would be born soon and any extra days we could get were small miracles.

We were at once complete.

At 37 weeks and four days, our second son, Cason James Harris, was born. This time, the tranquil delivery room was filled with excitement and expectation. Knowing that we had made it this far in the pregnancy gave us full confidence that our child would be okay. Dr. Diaz let us know that our baby may have to be in the neonatal intensive care unit (NICU) for a short bit because the delivery was a couple of weeks shy of full-term, yet we knew in our hearts that the baby would be okay.

Many of the doctors and care team who were with us during Jackson's delivery filled our room to say hello. It was as if we received a big hug from our firstborn and knew he was with us in his own way. The care team was so wonderful to us and made sure we lacked nothing. In that moment, we were at once complete.

In heaven and on earth.

Looking back, I learned that the truly important things in life are people and that the ones who care for you the most are extra special. It is people who are the gifts and are not replaceable. Six months or a year ago, there was much uncertainty around my life, our lives, yet I knew we had to push forward in order to overcome the fear of the unknown. Losing a child changes a person to the core, just as sure as gaining a child does. I became a different person because of my experience. No longer did I feel that having a child could happen on my timeline, but rather I was immensely grateful for the opportunity I had been given to even become a mother. As deeply as I missed that first son of mine, I was given a gift to love my second son twice as much. I have one son in heaven and one on earth, and now I can say with certainty that I finally understand life. 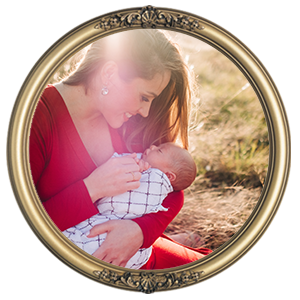 Emily is a PR director in North Texas and a first-time mom. She enjoys an active, outdoor lifestyle with her firefighter husband, Jeremy, and their new baby boy, Cason.

We don't just deliver babies. We deliver dreams. Find the perfect doctor for you or your baby or visit Medical City Virtual Care 24/7 from any computer or mobile device. 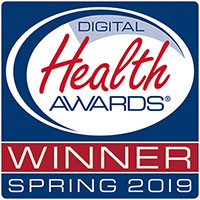 Having a Baby: How to Find a Hospital That Supports...

May 14, 2019
You shouldn't have to compromise on your birth plan, even if it includes some non-traditional requests. Find a hospital that supports your choices...
Previous Post
Medical City Healthcare

Bladder Problems After Baby? Here's What to Know...

March 8, 2019
Not everything about having a baby is wonderful. We're talking about you, postpartum urinary incontinence.
Next Post
Back to blog home

Choose Your Own Childbirth Experience

Packing Tips for the Hospital - Do's, Don'ts, and Must-Haves

What Should You Do When Eating for Two?