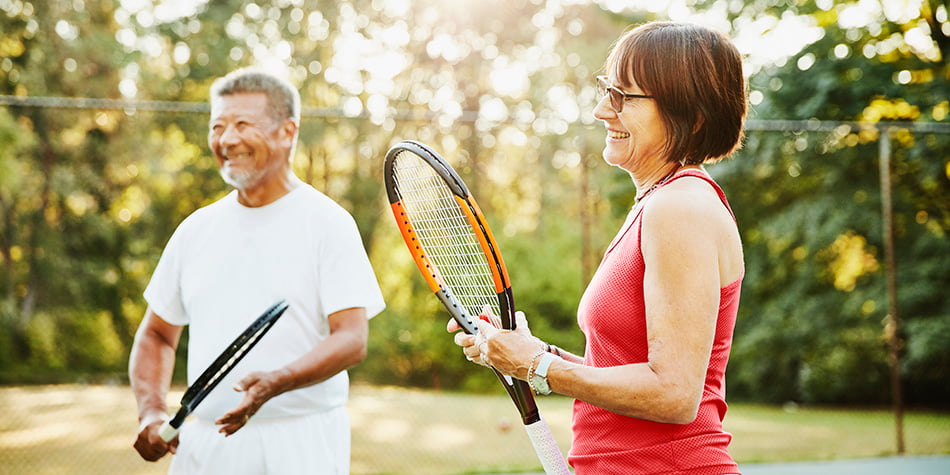 Many people know F-A-S-T as a way to identify and get help for someone experiencing a stroke. FAST is really important, says Medical City Healthcare vascular surgeon Marc Salhanick, MD, but learning to recognize early warning signs of stroke may allow you to get treatment before a stroke happens.

“We want everyone to know what FAST is,” Dr. Salhanick says. “Because when you have those symptoms, you're having a stroke.”

Stroke typically affects one side of the body more than the other. Signs include:

Time is of the essence when you're having a stroke. Paying close attention to subtle, pre-stroke symptoms and reporting anything unusual to your doctor may help you prevent a stroke.

“Even before FAST, there are some things that you might see beforehand and be able to identify,” Dr. Salhanick says.

According to the American Stroke Association (ASA), early or additional signs of stroke may include SUDDEN:

Dr. Salhanick notes that these symptoms may come and go (be transient in nature) and can easily be missed prior to a stroke.

“When you sit down with your doctor and talk about them, you start to put them all together,” he says. “What tends to happen is that these events start to become closer and closer together. When patients sit back and think about it after they've had a stroke, they say 'oh yes, there was that one time a few weeks ago that I had that blindness and then last week I was maybe having some difficulty talking, but it kind of went away and came back.'”

“You experience something like this, it goes away, it's frightening. I've talked to a lot of patients who said 'I thought maybe I was having a stroke but I was scared to come in because I was a little bit afraid that it was true.'”

Don't let someone—including yourself—die of doubt. If your gut tells you that something isn't right, call your primary care physician right away. If you think someone is having a stroke, always call 911 immediately.

Transient ischemic attack (TIA) is a temporary blockage of blood flow to the brain. Symptoms of a TIA can last for a few minutes up to 24 hours.

People often ignore the subtle warning signs of a TIA—which are the same as for stroke. TIAs are often called “mini strokes,” but the ASA says “warning strokes” are a better description. TIAs need to be taken seriously because they often foreshadow a full-blown stroke.

Risk factors for TIA include:

If you've had a stroke, be sure to educate yourself on the early warning signs of stroke: a TIA could indicate a second stroke is imminent.

Things to look out for include fleeting symptoms, such as single eye blindness that passes quickly or momentary arm weakness (difficulty holding objects, such as a pen) or slurred speech. According to Dr. Salhanick, it can be as subtle as just feeling or acting “off.” Because you're more likely to be alerted to some of these symptoms by family members or close friends, take their feedback seriously if they comment on your behavior or appearance.

“Your family or close friends are often the ones who clue you in on these problems,” Dr. Salhanick says. “They may tell you that there's something about what you're saying that's just 'not you.' Or they may recognize facial weakness that you don't see and tell you that your face looks a bit droopy.”

The good news, says Dr. Salhanick, is that there are more stroke treatment options available than ever.

“There are so many new techniques, interventions and medications that we have, including tPA, a clot-busting medication that can help break down that clot in a matter of minutes,” he says. “Our neuro-radiologists can also remove the clot from the brain. All those things have combined to really improve stroke outcomes.”

What to know about pelvic pain: causes, symptoms...

May 11, 2021
To help you recognize and address pelvic pain, we've gathered some expert information on the causes, symptoms and treatments.
Previous Post
Medical City Healthcare

Stroke or migraine? How to know the difference...

April 27, 2021
Stroke or migraine? Knowing the difference could save your life. Both are common neurovascular disorders with many similarities. Your throbbing...
Next Post
Back to blog home

How to prevent heart disease at every age

How to Stay Safe on a Personal Recreational Vehicle

Seizures and fainting: How to know when to go to the ER

Strong at 65 and beyond: How to prevent senior falls