Because Boys Will Be Boys . . . Moms Will Need Medical City ER 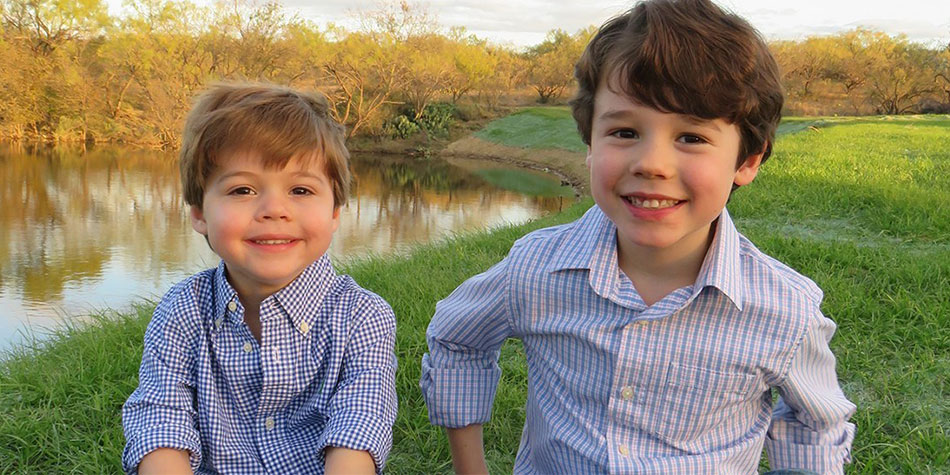 When your child is injured, it's easy to panic if you're not sure what to do. Especially when your baby is crying and there's blood involved. The key is to remain calm and have a plan in place before the inevitable happens. Here's how one mom survived not one but two trips to the hospital and found a new Dallas-based concierge plastic surgery program at Medical City Children's Hospital.

Brooke Hortenstine, a marketing and branding professional at Ashlar Projects and mom of sons Rollins (6) and Hayes (3), will never forget Christmas 2013 or her 40th birthday, but not for reasons you might imagine. Instead, these milestones mark moments that she is thankful for a wise pediatrician, Medical City Children's Hospital, a brawny ER tech and a guardian angel disguised as a Medical City pediatric plastic surgeon.

Christmas 2013 was less than a week away when Hayes Hortenstine, 1½ , was dancing in his room and got his feet tripped up "” as they do at that age. He hit the door jamb head on and busted the skin under his eyebrow wide open. Brooke heard crying and ran to find Hayes screaming and covered in blood. 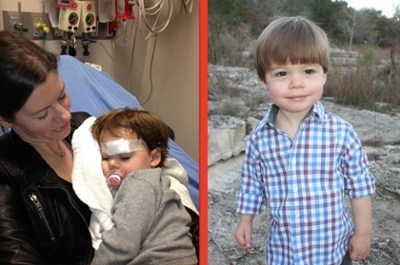 Brooke wasn't exactly sure what to do, but she knew she didn't want to take Hayes to a regular hospital emergency room. The potential for a long wait was too great, and with the cut on his face and near his eye she wanted more specialized care. So she called Hayes' pediatrician who immediately recommended Medical City Children's Hospital in Dallas as the "best place to go" and told Brooke she would call "the best doctor" and have him meet them at Medical City's ER.

Although the ER was full, Brooke and Hayes were escorted directly to a quiet room. Brooke was relieved at how quickly a Medical City pediatric plastic surgeon arrived at the hospital.

"Dr. Trovato was cool, composed, incredibly professional and just the perfect person for Hayes at the time," Brooke said. "He'd been crying nonstop, but when the doctor started talking to him he immediately calmed down."

Hayes was put under twilight sleep and Matthew Trovato, MD, asked Brooke to hold down Hayes' hands while he stitched the wound. As she did so, she realized she'd been staring intently at the cut on Hayes' face, and she began to feel woozy. Standing up, she fainted. When she woke up, she was in a hospital bed in the hallway just outside Hayes' room.

"I was so embarrassed," Brooke said. "I found out a strong ER tech had scooped me up and put me on a bed. Several Medical City Hospital staff members were there with me, checking my vitals, offering juice and warm blankets. They were so nice!"

The rest of the procedure went smoothly and Brooke and Hayes were soon resting comfortably at home. Hayes had follow-up appointments at six months and one year to make sure everything was healing nicely.

"You can barely see the tiny place under his eyebrow hairs where it happened," said Brooke. "If not for Medical City ER's pediatric plastic surgery services, I'm sure there would have been a big scar and no hair on that part of his brow. And if not for the Medical City ER tech, I might have needed stitches, too! We're so grateful."

April 13, 2014 — not quite four months later and the night before her 40th birthday — Brooke heard a familiar crash followed by crying, but this time it was 4½-year-old Rollins. Excited about a big truck he saw in the street, he was standing on the couch and turned to jump off when he slipped and hit the edge of the metal coffee table with his face. The gaping wound ran from his lip to his jaw and went all the way to the bone. There was blood everywhere. 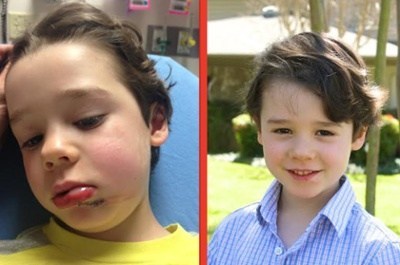 In no time, Brooke and Rollins were on their way to Medical City's ER.

"It was such a relief to know exactly who to call and what to do this time," Brooke said. "Rollins' injury was more serious than Hayes'. He had to be fully sedated, but I got to hold him just like I had with Hayes. Only this time, I didn't look!"

The severity of Rollins' wound required three layers of stitching: the interior, the inner muscle and the exterior.

"Again, stitching his cut the "˜regular' way would definitely have left a much larger, more noticeable scar," Brooke said. "At Rollins' follow-ups, the doctor told us he could use a laser to get rid of any residual redness and signs of scarring if needed. He's kind of a perfectionist, which I really appreciate."

Today, the Hortenstine boys are happy and healthy and have all but forgotten their big adventures. But Brooke will never forget.

"I'm so thankful for our pediatrician's help and her wisdom in directing us to Medical City Children's Hospital and their fantastic pediatric plastic surgery program," she said. The staff at Medical City was absolutely wonderful, and I can't say enough good things about the doctor. It's such a blessing that this service is available at such a wonderful facility." 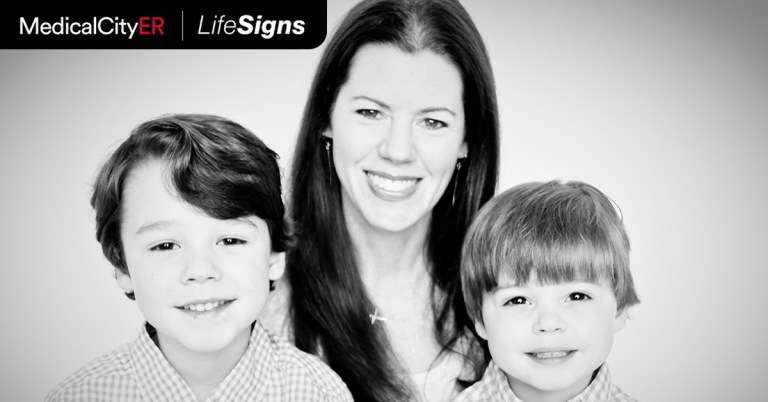 If someone in your family needs emergency care for a cut, one of our many Medical City ER locations across North Texas has you covered. With average wait times posted online, if you do have an emergency, you can spend less time waiting and more time on the moments that matter most.

The post Because Boys Will Be Boys . . . Moms Will Need Medical City ER appeared first on LifeSigns.

Feeling Hot? How to Know When Fever is an Emergency

January 27, 2016
Fever is one of the body’s natural ways of fighting illness. But how high is too high?
Previous Post
Back to blog home

Learn About Burns: Get Schooled in Burn Awareness

How to Make Winter Workouts Safe for Joints and Muscles

Know How to Combat Germs with Soap, Snot and Singing

Heartburn or Heart Attack? How to Save Your Own Life.