Find a Doctor
Update on Texas Executive Order
Our hospitals are prepared to safely meet the needs of all of our patients.
Enhanced Safety Protections Statement on Executive Order
Menu

7 Things to Know About the Dangers of Vaping 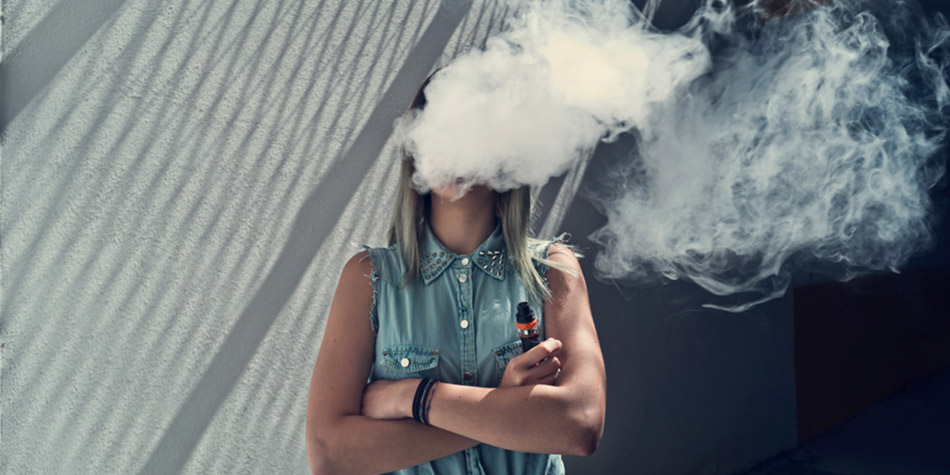 I don’t know if anyone else still listens to the radio, but on a recent drive home I heard commercials for three different electronic cigarette brands during one commercial break.

Clearly, the demand for e-cigarettes and their related products is huge — and increasing. Vaping is projected to grow by more than 21 percent a year between 2019 and 2024, reaching worldwide sales of $41.7 billion. But news of the dangers of vaping — including nicotine addiction, severe pulmonary diseases and even death — are popping up just as quickly.

Christopher Machelski, 28, was hospitalized at Medical City Las Colinas after struggling to breathe for several nights. Medical City pulmonologist Samer Fahoum, MD, who treated Machelski, told WFAA Channel 8 that Chris was “lucky to actually not be getting worse” and that “he could have died.”

“Vaping is dangerous and we are now seeing the effect,” Fahoum said.

The U.S. Food and Drug Administration says that it and the U.S. Centers for Disease Control and Prevention are working tirelessly to investigate the distressing incidents of severe respiratory illness associated with use of vaping products.

Here are 7 things you need to know about the dangers of vaping (inhaling vaporized oil through e-cigarette cartridges):

State and federal officials, including the Centers for Disease Control and Prevention, have reported:

2. Vaping is an epidemic.

Youth vaping has been considered an epidemic by the U.S. Surgeon General and the Food and Drug Administration since 2018.

3. Vaping can be addictive.

Nicotine, the highly addictive substance in cigarettes, is also the primary agent in many vaping cartridges. Nicotine is a toxic substance that raises blood pressure and adrenaline levels, increasing heart rate and raising risk of heart attack. According to Johns Hopkins, concentrations of nicotine in e-cigarettes may be even higher than traditional tobacco products due to the availability of extra-strength cartridges or by increasing the e-cigarette’s voltage to deliver a greater amount of the compound.

4. Vaping is another way to “smoke” marijuana.

Cannavaping describes the vaping of marijuana products, including THC—the chemical most responsible for getting users high. The Center on Addiction says that parents should know:

Some North Texas school districts, including Frisco and Richardson, are warning students caught with e-cigarettes containing THC that they will face expulsion and felony charges.

5. Vaping oil comes in flavors that appeal to young children.

Vaping oil comes in an endless variety of flavors. According to a study published in the American Heart Association journal Arteriosclerosis, Thrombosis, and Vascular Biology, popular flavors such as cinnamon, vanilla, buttered popcorn, strawberry and banana are among the most toxic. But even vaping oils that didn’t rank at the top of the most toxic list are made up of an unknown cocktail of hundreds of chemicals whose effects haven’t yet been fully researched.

“Popcorn lung,” a medical condition formally known as bronchiolitis obliterans, is a serious lung disease that has been linked to a chemical called diacetyl — used in more than 75% of e-cigarettes to produce flavors such as maple, coconut, vanilla and others.

6. Vaping has many nicknames.

Vaping may also be called “juuling” (after the Juul brand, the current market leader). The devices themselves may be called vape pens, vape sticks, e-cigs, hookah pipes, hookah pens, mods, tanks or other slang terms.

7. E-cigarettes can be easily hidden.

While some e-cigarettes are cylindrical and resemble traditional cigarettes, brands such as Juul look like a flash drive and can be charged in a USB port just like a mobile phone. Others resemble pens, markers and tubes of makeup. As the devices become smaller, kids have taken to hiding them in decoy items that looks like key fobs and smart watches.

If you suspect your child or teen is vaping or just want to get a conversation started, download the vaping guide for parents from Partnership™ for Drug-Free Kids.

When someone in your family is having a hard time breathing, one of our many Medical City Healthcare emergency locations has you covered. With average wait times posted online, if you do have an emergency, you can spend less time waiting and more time on the moments that matter most.

Serve up Some Healthy Competition at the State...

September 27, 2019
If you look forward to the State Fair of Texas every year and want to add a little healthy competition of your own, you've come to the right ...
Previous Post
Medical City Healthcare

Why Every Parent Should Know How to Recognize ...

August 26, 2019
The start of a new sports season is always an exciting time for kids. But many popular contact sports come with a very real concern: concussions...
Next Post
Back to blog home

Summer safety tips: How to be safe and still have fun during COVID-19

How to Prevent Spring Injuries from Sidelining Your Family

Be a Lifesaver: Learn How to Stop the Bleed

ER discharge tips: How to avoid a return trip to the ER