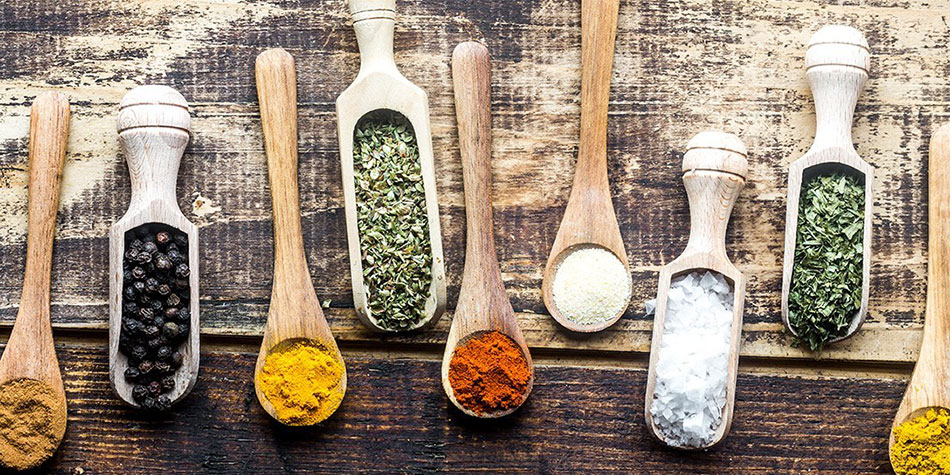 Unpasteurized juice ... raw sprouts ... undercooked meat ... uncooked eggs ... raw oysters. Is this a formula for the latest trendy health shake? No, it's more like a recipe for why 1 in 6 Americans gets food poisoning each year. But it goes beyond that to include foods we didn't think we had to worry about, such as ready-to-eat salads, nut butters, frozen shredded coconut, ice cream (a dark time in Texas history when Blue Bell was off of shelves) and even flour.

According to Jill Elliott, a registered dietitian nutritionist with Medical City Dallas Hospital and Medical City Children's Hospitals in Dallas, 128,000 Americans end up in the ER annually due to food poisoning from a smorgasbord of sources: deli meats, soft cheeses, cucumbers, spinach, even caramel apples and pistachios. The list — or should we say listeria — goes on.

How to identify food poisoning.

Many of these foods are supposed to be healthy for us, so how can we eat them and not get sick? First, it's helpful to recognize the symptoms of food poisoning. If you've never had it, think of your worst bout with the stomach flu. The problem is, symptoms may appear almost immediately or they may take weeks to develop, so it's often hard to pinpoint what you've contracted and where you may have picked it up unless you're tracking everything you eat and drink.

A good rule of thumb is to seek immediate medical treatment if you suspect food poisoning because it can be much more serious than the flu. Infants, the elderly, pregnant women and those with a weakened immune system are especially at risk.

How to prevent food poisoning.

The second and most important thing we can do is practice contamination prevention measures. Elliott recommends these eight precautions:

Why the extreme caution with produce? Cutting or biting into food that has bacteria on the outside will drive the bacteria deeper into the food. This is also true of meat, which is why you should insist on a well-done steak in a restaurant that tenderizes theirs by piercing it with sharp instruments and why you should be equally wary of ground meat products, such as hamburgers.

If you're not into grilling wait staff about their meat preparation procedures, you may want to grill at home instead. Researchers at Kansas State University found five "killer spices" that can make your ground beef (and other foods) safer and maybe even more delicious. These killer five include garlic, cinnamon, oregano, cloves and sage.

A 1 percent ratio (2 to 5 teaspoons) of garlic powder to two pounds of ground beef kills 90-97 percent of E.coli.

A 3 percent ratio (2 to 5 tablespoons) of dried plum mixture (prunes) to 2 pounds of ground beef kills more than 90 percent of major food-borne pathogens, including E. coli, salmonella, listeria, Y. enterocolitica and staphylococcus. Plus, it adds antioxidants and makes a moister meatloaf.

Just 0.3 percent of cinnamon (roughly a piled-high teaspoon) to 64 ounces of apple juice kills about 99 percent of E.coli.

While killer spices can help protect you from killer bacteria, keep in mind they're no substitute for a vigorous hand scrubbing and a fully cooked meal. You can also monitor current food poisoning outbreaks via the Centers for Disease Control and Prevention website.

If you do get a bad batch of something, one of our many Medical City Healthcare emergency locations has you covered. With average wait times posted online, if you do have an emergency, you can spend less time waiting and more time on the moments that matter most.

Find a fast Medical City Healthcare ER near you or visit Medical City Virtual Care for non-emergency medical treatment from your computer or smartphone.

Jill Elliott has a passion for great food and engaging others in better nutrition.  In her spare time, she can be found in her kitchen, slicing, dicing and cooking up appealing ways to include healthful, flavorful foods in everyday meals for the whole family.  Teaching piano lessons and getting outside with her loyal canine companion are two of her favorite activities.

5 Things to Look for in an Emergency Room

Did You Know? Distracted Driving is the New Drunk Driving.

What is Mental Health First Aid, and why is it so important now?

How high is coronavirus risk by activity?