With more than 1,100 employees and 750 physicians on staff, the hospital now cares for more than 13,600 inpatients and treats more than 38,000 patients through the ER annually. The hospital’s growing women’s services program saw 1,899 babies born in 2020.

“It’s gratifying to know that our mission to the care and improvement of human life has been part of the fabric of this community for a century,” says Ernest C. Lynch, III, Medical City McKinney CEO. “It’s nice to reflect on the past and see where we’ve been. It’s even more exciting to think about our future and know that we are investing in the future health of our community.”

The hospital, originally built at a cost of $100,000, has expanded and changed names several times to reflect the surrounding community and development. After 37 years on South Parker Street near Finch Park, City Hospital relocated to a new facility on W. University Drive in 1958 and changed its name to Collin Memorial Hospital. The new hospital was built for $1.5 million and employed 128 staff.

Keeping up with advances in medicine, the hospital experienced a $2 million expansion project in 1968 for a two-story addition, adding 64 patient beds. The hospital also added an intensive care unit (ICU) in 1972 and offered a robust three-year vocational nurse training program. In 1972, when McKinney’s population was slightly above 15,000 residents, the hospital cared for 6,201 patients, delivered 344 babies and had 6,685 ER visits.

In 1998, as the population pushed past 38,000 residents, the hospital moved to its current location, 4500 Medical Center Drive, on a 52-acre campus. Today, Medical City McKinney is a 257-bed acute care hospital with comprehensive services, including a Level III Trauma center.

The new location provided the needed space for growth and expansion of services, including:

As McKinney and Collin County continue to grow and flourish, Medical City McKinney continues to invest in excellent services for the community including: 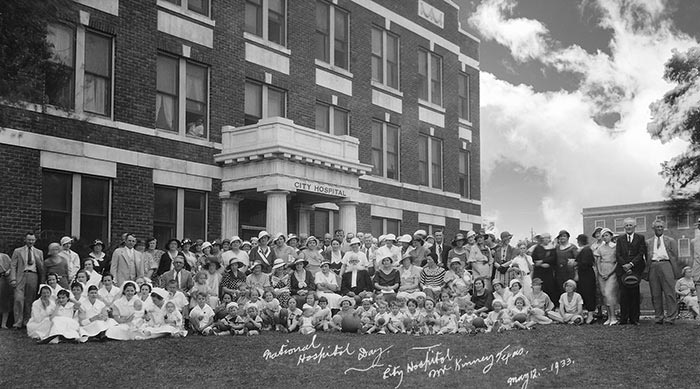