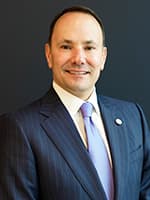 Akdamar began his career with HCA as an administrative resident in 1993. Since that time, he has become known for his leadership and growth initiatives in the hospitals he has served from Louisiana to Georgia and Texas. His mantra of “excellence always” has resulted in exceptional employee engagement, outstanding quality and earnings performance.

He is a graduate of Louisiana State University in Baton Rouge, Louisiana and received his Master of Health Administration from Tulane University School of Public Health and Tropical Medicine in New Orleans. Akdamar is a Fellow with the American College of Healthcare Executives and currently serves on the board of trustees for the Texas Hospital Association and the Dallas Medical Resource. He is also part of the Dallas-Fort Worth Business Group on Health and proudly serves as a Mercy Street mentor and a preceptor in the HCA Healthcare COO Development Program. Akdamar was honored to serve as Corporate Chair for the 2017 Dallas Light the Night walk benefitting the Leukemia and Lymphoma Society, was named the D CEO 2017 Outstanding Healthcare Executive and has been named to the “Dallas 500” list of most powerful CEO’s since 2017. 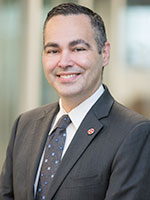 Dr. Parra served previously as CMO for HCA Healthcare’s North Florida Regional Medical Center, where he oversaw operational improvements that resulted in increased quality scores and physician satisfaction. Prior to that role, he served as CMO of Orange Park Medical Center for four years, achieving Level II Trauma status and starting a graduate medical education program, among other initiatives.

A hospitalist by training, Dr. Parra holds multiple medical board appointments and is involved in several philanthropic organizations. He earned a Master in Business Administration from Fort Hays University in Kansas and a Doctor of Medicine from the University of Kansas. 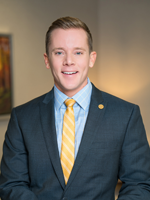 Mueller joined Medical City Dallas and Medical City Children’s Hospital in 2011 and was promoted to senior vice president and chief nurse in 2015. Under his leadership, patient satisfaction scores for women’s services and the neonatal intensive care unit increased significantly and Medical City Dallas received an unprecedented third Magnet® designation for nursing excellence. In 2014, he was named among the prestigious Dallas-Fort Worth “Great 100 Nurses.”

Known for his innovation, Mueller created the Compassion Campaign, a multiphase patient and employee experience initiative designed to create compassionate connections between nurses and patients. The campaign contributed to the highest registered nurse (RN) employee engagement in five years and notable improvements in patient satisfaction.

Mueller brings a wealth of healthcare experience to his role, having worked in nursing for over 20 years, starting at the bedside as an RN primarily in the emergency department. He has also served in a variety of leadership roles, including as director of education, director of pediatrics and director of cardiovascular services. Mueller is active in several professional organizations, including the Emergency Nurses Association (ENA) and the American Organization of Nurse Executives (AONE). His career achievements include speaking nationally and internationally on a variety of nursing and healthcare topics. 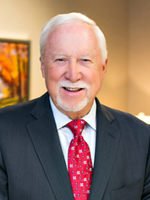 Previously, he was the chief medical officer for Cigna’s staff model HMO in Arizona, a Level III patient-centered medical home with 25 clinics and 200 physicians, which operated a Medicare Advantage Plan and a commercial ACO.

Prior to that and after retiring from 18 years in clinical practice, Dr. Burrell developed a professional association that employed 180 physicians who worked in clinics in 22 communities in western Texas and eastern New Mexico. A Catholic hospital system acquired this organization from Dr. Burrell and appointed him as its chief executive officer and chief medical officer, positions in which he served for 14 years.

Dr. Burrell’s undergraduate education was at Texas Tech University. He attended the University of Texas Medical Branch for medical school and for his internal medicine residency. 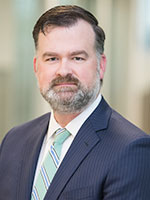 Ronnie Midgett serves as chief financial officer (CFO) of Medical City Healthcare and is directly responsible for strategic planning and oversight of all accounting and financial operations for the division. A respected leader, Midgett brings decades of experience to the role and is known for his collaborative and innovative approach, driving high quality healthcare value for patients and the community. 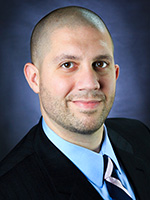 Doyle holds an MBA in Strategic Management from Regis University and a bachelor’s degree in Management Information Systems from Southern Methodist University. He is also a graduate of the HCA Healthcare Emerging Leaders Program. 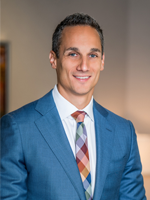 Youssef earned his Bachelor of Science and Master of Healthcare Administration from The Ohio State University in Columbus. 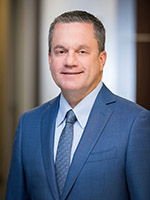 Mark E. Whitley is responsible for network asset development and referral management for the hospitals and outpatient centers of Medical City Healthcare. He began his career with HCA in 2005 as the vice president of the Outpatient Services Group. In that role, he was responsible for all of the North Texas Division’s outpatient development, including acquisitions and the development of new ambulatory surgery centers, imaging centers and oncology centers. Prior to joining HCA, he worked for nine years as a healthcare management consultant with Arthur Andersen and Ernst & Young and spent one year at Tenet Healthcare in outpatient development.

Whitley earned his Bachelor of Business Administration in finance and management from The University of Texas at Austin and his Master of Science in health care administration from Trinity University in San Antonio, Texas. 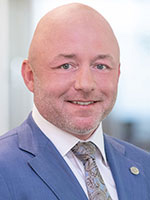 John Thresher serves as Medical City Healthcare senior vice president of strategy and development. In this role, he works alongside senior leadership to anticipate, identify and organize opportunities to support community-essential growth of services, including major capital initiatives for access point expansion.

Thresher brings decades of executive business development, strategy and operations leadership. He has worked in high-level executive and sales roles across multiple healthcare sectors, including vice president of strategic growth and development for a major rehabilitation provider.

Thresher is a proud graduate of the U.S. Military Academy in West Point where he graduated with a Bachelor of Science in Engineering Management. A distinguished honor graduate of the U.S. Army Flight School, he served as a senior army aviator, instructor pilot and instrument flight examiner. He earned several military awards and service medals, including a Bronze Star. He continues to serve with the Texas Army National Guard.