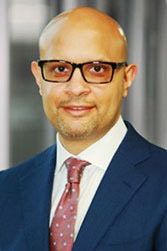 Jyric Sims was named chief executive officer at Medical City Plano and Medical City Frisco in 2021. Together, both hospitals comprise over 700 acute care beds and 3,000 employees.

Sims brings more than two decades of healthcare experience to the role. Prior to this position, Sims served from 2017 to 2021 as CEO of Medical City Fort Worth, a 348-bed, acute care hospital. There, he led more than $115 million in expansions, including the addition of a patient tower with a 30-bed ER, a neuroscience/spine center and the opening of Medical City ER White Settlement. Sims joined Medical City Healthcare’s parent company, HCA Healthcare, in 2011, serving as vice president and chief operating officer at Tulane Health System, in New Orleans, Louisiana; chief operating officer of St. Lucie Medical Center in Port St. Lucie, Florida; and associate chief operating officer at Clear Lake Regional Medical Center in Webster, Texas.

Dedicated to community service, Sims currently serves on the American Hospital Association Regional Policy Board, LSU Foundation Board as the chair of the finance committee, Plano Chamber of Commerce Board of Directors, and North Texas ACHE Chapter Board. He is a member of Young President’s Organization, Sigma Pi Phi Fraternity and Alpha Phi Alpha Fraternity, Inc.

Sims has received numerous accolades, including 2015 Modern Healthcare Up and Comer Award, 2016 UAMS Alumnus of the Year, 2017 National Association of Healthcare Executives Young Executive of the Year, 2018 “40 Under 40” by the Fort Worth Business Press, 2021 Dallas Business Journal 40 under 40,  and 2022 Becker’s Top 75 Black Healthcare Leaders to Know.

Sims holds a PhD in Public Policy from Southern University in Baton Rouge, Louisiana, a Master of Health Administration from the University of Arkansas for Medical Sciences, and his undergraduate degree from Louisiana State University. 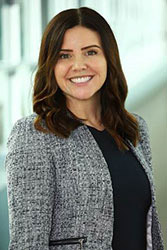 During this time, she led strategic initiatives that contributed to significant growth in key services, including establishment of a robotic surgery program. Prior to that role, she served as assistant chief operating officer at Medical City Plano from 2017 to 2019, providing management support for multiple projects, including a $107-million patient tower and the expansion and development of bariatrics and robotic surgical lines.

Mathis earned a Bachelor of Science in Human Development and Family Sciences from The University of Texas at Austin. She holds a Master of Health Care Administration from Trinity University in San Antonio.

Prior to joining the leadership team at Medical City McKinney, he was the Assistant Chief Financial Officer and Chief Staffing Officer for Chippenham & Johnston-Wills Hospitals, an HCA facility in Richmond, Virginia. As ACFO, Stein played a critical role in supporting the two-campus, 758-bed hospital system through expense management and service line growth and securing capital funds for two large emergency room projects.

He has also served as Director of Hospital Financial Operations for St. Vincent's Health System in Birmingham, Alabama. Stein began his career at Ernest & Young in their Assurance & Advisory Business Services after completing his training.

Damita Williams was named chief nursing officer for Medical City Plano in September 2020. Her career in healthcare spans more than 30 years, including the last three as chief nursing officer at Medical City Fort Worth. Prior to joining the leadership team in Fort Worth, she held several CNO positions, most recently at HCA Healthcare's Methodist Hospital Campus in San Antonio, Texas, which includes Methodist Hospital and Methodist Children's Hospital, the largest hospital in HCA.

Williams has enjoyed a dedicated clinical career focused on children and their families, with a passion for care of complex surgical and cardiovascular surgery patients. As a leader, she has had the opportunity to start a multi-visceral liver and intestinal transplant program, responsibility for several kidney and heart transplant services, as well as bariatric services, robotics and other services.

In addition to her service in healthcare, Williams serves as an adjunct faculty member for Indiana Wesleyan University in the doctorate in organizational leadership program.

Community service is a passion for Williams, as she has served more than a decade as director of clinic operations for Hope International Ministries Inc. and its medical missions to the Dominican Republic. She currently serves on the TCU Professional Advisory Board and has also served on the boards of several other community organizations, most recently for the Ronald McDonald House.

Williams holds a Bachelor of Science in nursing, a Master of Science in nursing administration, a Master of Arts in advanced leadership studies and a doctorate in organizational leadership. She has received several leadership awards, including being named one of the Outstanding Nursing Alumni from her alma mater, Ball State University in Muncie, Indiana. She and her husband, John, are the parents of five children. 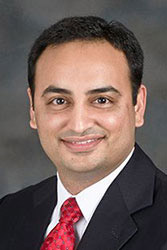 Prior to healthcare administration, Dr. Babber was an emergency room physician at the VA Medical Center in Houston and at MD Anderson Cancer Center, where he received the top quality improvement award.