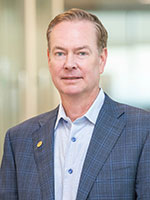 Wallace assumed his leadership role at Medical City Alliance in January 2014. He brings more than 25 years of experience in the health care field, and has served HCA in financial positions at several other locations. 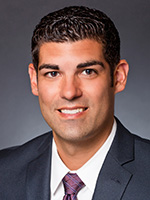 Dean Miller serves as the Chief Nursing Officer at Medical City Alliance. Dean has more than 10 years of healthcare leadership experience with HCA Healthcare and has served as the CNO at Medical City Alliance for nearly three years. In his role as CNO, he has contributed to the growth of services and recognition of critical service lines. Under his leadership, the hospital has achieved multiple accreditations including Chest Pain Level 5 with PCI, a Leapfrog score of “A”, State of Texas Level III NICU designation, Level III Trauma designation, and many others. Miller believes in empowering the frontline staff through a shared governance structure to promote research and disseminate evidence-based patient care.

Miller graduated from Texas Tech Health Sciences with a BSN in 2005 and later an MSN in 2010.  He also earned his MBA from Western Governors University in 2019 and is a graduate of the HCA Executive Development Program.

Miller serves the local community as well, serving on the Northwest Education Foundation Board of Trustees, an organization dedicated to raising and awarding funds to teachers for use in the classroom.  He is married to his wife Whitney, who shares his same passion for healthcare as a family nurse practitioner, and they have two children, Ava and Beau.

Jamie Gibbs joined the Medical City Alliance leadership team in March 2021, after serving as the vice president of finance over both Medical City Arlington and Medical City North Hills. During her tenure, she had oversight of accounting, financial reporting, revenue integrity, patient access, supply chain and asset management for both facilities.

Prior to serving in this role, Gibbs the assistant controller, and later, the controller, for both facilities. Before joining Medical City Healthcare, she worked in San Antonio for the HCA/Parallon Shared Services Center as the government logging manager, the payment compliance director and finally as the controller.