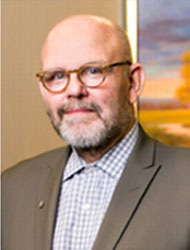 Appointed to the position in 1993, Collins directs the 124-bed Medical City Green Oaks Hospital and facilities that include clinics in Las Colinas and Plano, and an integrated care clinic at Medical Center of Dallas.

Collins established the first and one-of-a-kind 24/7 psychiatric emergency room, which served as the front door for the seven-county NorthSTAR program. He was also instrumental in creating the Behavioral Health Leadership Task Force for Dallas County to bring providers together to collaborate on various issues, make improvements in the provider system, and to communicate with legislators.

Prior to joining HCA, Collins held a similar position with Fairview Hospital in Minneapolis where he worked his way up through the organization starting as a mental health tech at age 17 while pursuing his undergraduate degree at Augsburg College. He has worked in the mental health field for over 40 years.

Tom’s contributions to the community have been recognized with two Prism Awards, the Dallas NAMI Award, the Collin County NAMI Award, and a “Mister Community Award” from the Dallas Police Crisis Intervention Team (“CIT”) program. 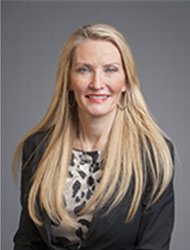 Prior to joining HCA, Krysla has most recently served as the Chief Executive Officer at Garland Behavioral Hospital in Garland, Texas. Krysla has experience in new build of psychiatric hospitals in addition to experience with managing the psychiatric hospital within a medical/surgical hospital model. With Krysla's experience and leadership, she has reunited with HCA since her last role; serving as Executive Director at Medical City McKinney Wysong campus, under the management of Medical City Green Oaks Hospital.

Krysla's contribution to the community includes serving as a past board member for the Galaxy Counseling Center; as an advisory member for The Samaritan Inn; active in the National Alliance on Mental Illness (Dallas), and is a member of the Jesuit Women's Auxiliary. While working at the Behavioral Healthcare Services at the Wysong/McKinney Campus, Medical City Green Oaks Dallas and Wysong were jointly named the 2014 Outstanding Organization of the Year for their work with Adult Protective Services.

Krysla currently resides in Plano, Texas with her family. She holds an undergraduate degree from Texas A&M University and Master's degree from The University of Texas at Arlington. 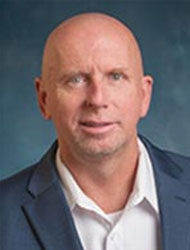 Russell brings 28 years of Behavioral Health experience serving in this role that he assumed in May of 2017. As the Chief Nursing Officer, Russell provides leadership and oversight of seven individual nursing units, comprising the 124-bed Behavioral Health hospital.

Russell joined the Medical City Green Oaks team in 2010 when he took over the Nursing Program Director role of the Psychiatric Emergency Services unit. Russell would provide leadership to that unit for the next five years, guiding through exponential growth serving 10,000 patients a year to in excess of 26,000 per year when he assumed the role of Assistant Chief Nursing Officer in late 2015. During this time, Russell served under the previous Chief Nursing Officer of over 25 years learning and growing into his new position. While serving as ACNO, Russell provided oversight to major patient safety initiatives reducing potential patient harm events and reducing employee injuries.

Prior to joining the Medical City Green Oaks leadership team, for eight years Russell served as Nurse Manager for a thirty-bed inpatient psychiatric nursing unit for Methodist Richardson Medical Center, serving the Richardson hospital for 14 years. Similar to other leaders on the Green Oaks team, Russell began his career in Mental Health serving as a Mental Health Technician where he began at Terrell State Hospital while attaining his Registered Nursing license.

Russell is a lifelong resident in the Dallas area. He holds a Bachelor’s and Master’s degree from Walden University.