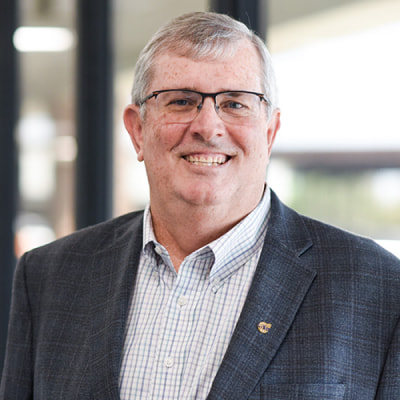 It's a common story: A high school athlete ages into a weekend warrior and through the years experiences a string of injuries ranging from mild to severe, treated to untreated. That's where Kevin Rogers, superintendent of Lewisville Independent School District, stood when he opted for knee replacement surgery at Medical City Lewisville. Kevin's job can be physically demanding, frequently requiring him to be on his feet, attending events and visiting students and faculty at many different campuses. By the time he made an appointment with his surgeon, Minn Saing, MD, an orthopedic and sports medicine physician, Kevin had already had two previous knee surgeries—one following a high school injury and a second after reinjuring the same knee playing racquetball at age 40. “I rested and hoped the injury would resolve on its own, but it didn't ever completely heal,” Kevin says. “For the last seven to eight years, my knee was always painful and swollen.” 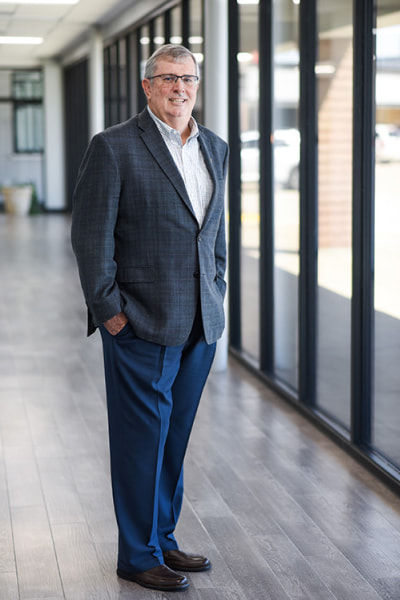 The search for a solution

Kevin had tried numerous nonsurgical treatments, including injections, to try to relieve the pain and swelling, but the relief was always temporary. On top of that, he had developed a limp, which was causing hip pain. That's also common: When one part of the body is injured and left untreated, other areas try to compensate and may become injured or diseased. “I appreciate that Dr. Saing never pressured me into surgery,” says Kevin. “Instead, he thoroughly explained the various options I had, several of which were nonsurgical, along with the pros and cons of each. After carefully considering each possibility, I opted for a total knee replacement procedure. Dr. Saing then sat down with me again and explained the procedure in detail.”

Treatment plans for joint replacement surgery typically include physical therapy. Among his many options, Kevin chose the Rehabilitation Institute at Medical City Lewisville for his outpatient physical therapy. “There were other facilities closer to my home, but the program there is outstanding. They strive to ensure you get the same physical therapist each visit, which goes a long way toward continuity of care,” Kevin says. “I really feel great that my new knee is allowing me to be pain-free.”