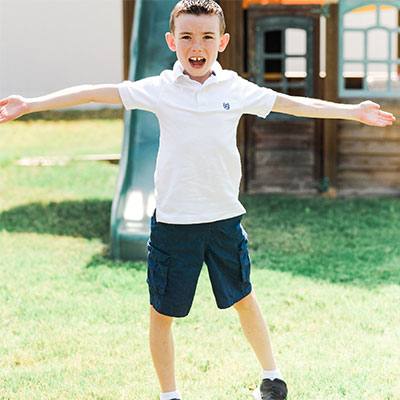 Friday, April 13, was shaping up to be a great day for the Danekes. Dad Adam would be home from an out of town business trip later that afternoon; mom Amy was preparing for the boys’ annual shared birthday party on Saturday; the kids were enjoying a fun morning playing outside their Frisco-area home.

Around 10 a.m., happy childhood sounds turned to frightened cries. Amy ran outside to find that 7-year old Jackson had fallen off the playground set. His arm was obviously broken — it was hanging loosely by the elbow — and needed emergency care. 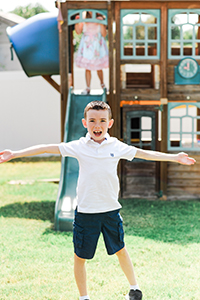 “I knew exactly what to do,” said Amy. “Driving Adam to the airport just five days earlier, I had seen the sign for Medical City Frisco’s full-service pediatric ER. I called and they told me to bring Jackson in. If I hadn’t seen that sign, my natural inclination would have been to drive a lot further. It was a big weight off my mind.”

“When we got to the ER, they were waiting for us,” Amy said. “They helped me get Jackson out of the car, which was a blessing because he was sobbing and in terrible pain. We went straight to a room where a paramedic set Jackson’s arm so it wouldn’t hurt as much while we waited to have X-rays. They gave him something for pain and he was finally able to relax. Within minutes, they brought the X-ray machine into the room so Jackson didn’t have to be moved. Not even 20 minutes later we were looking at Jackson’s X-rays. It was wonderful.”

Pediatric Orthopedic Surgery Where and When You Need It

Amy was told that Jackson needed surgery and again she was afraid he would have to be moved — this time to another hospital. Instead, she was told that a leading pediatric orthopedic surgeon from Medical City Children’s Hospital, Shyam Kishan, MD, would arrive soon to perform the surgery.

Jackson had four pins inserted into his elbow in what is called a closed surgery — no incision necessary.

Medical City Healthcare is the only North Texas health system with a children’s hospital in addition to its comprehensive adult network of services. That means families do not have to go to a specialized children’s hospital to find expert pediatric ER care close to home. Children that require a higher level of care also have quick and direct access to Medical City Children’s Hospital specialists and care teams.

“I had never had as bad an emergency with the kids,” said Amy. “I was a nervous wreck. My husband was out of town. I was still in my pajamas! But the staff kept checking on me, keeping me fed and watered. And the hospital was quiet and comfortable, like a nice hotel. In fact, my mom said Medical City Frisco was the nicest hospital she’d ever been in. Our experience with Medical City Frisco was as good as it could have been under the circumstances.”

Adam — who had to find his own ride home from the airport — arrived just as Jackson was coming out of surgery.

“The thing that stood out to me about Medical City Frisco was seeing how above and beyond the staff went to help my family,” Adam said. “They were absolutely amazing. It was such a blessing to know how well cared for my family was when I couldn’t be there.” 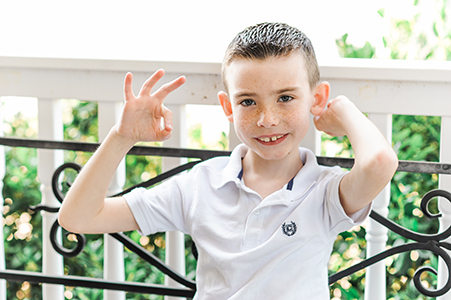 “The hospital was great,” Jackson said. “Now that my cast is off the doctor says I can swing, I can play, I can do anything I want.”