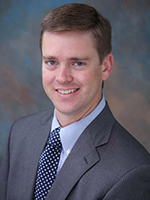 In 2018, Sean Kamber was named chief executive officer at Medical City Weatherford. Prior to entering this role, Kamber served as vice president of rural and community outreach for HCA Healthcare’s Gulf Coast Division, identifying and developing strategic opportunities for collaboration in the secondary and tertiary service areas.

In addition, Kamber served as chief operating officer at Weatherford Regional for three years. In which time, he helped improve CMS hospital ratings, increased growth in adjusted admissions and surgery, and completed the joint venture acquisition for the imaging center.

Kamber brings more than 12 years of healthcare experience to the role. His career began as division manager for a urology group and he quickly advanced to higher-level leadership roles, including director of operations at Texas Health Resources and assistant administrator at Laredo Medical Center.

Kamber received a master's degree in healthcare administration from Trinity University and holds an undergraduate degree from the Rawls College of Business at Texas Tech University. 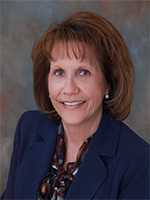 Donna Boone, MS, RN, serves as the Chief Nursing Officer for Medical City Weatherford. Boone has worked more than 40 years in healthcare, holding several positions including clinical manager for medical surgical services, nursing supervisor, and more than 25 years in her current role. She has been part of a team that has contributed to increased volumes and growth, opened new services, and expanded lines of service. During her tenure, she has supported the organization in its efforts to improve quality and service with recognition from The Joint Commission as a Top Performer, designation as a Stroke Center, and accreditation as a Chest Pain Center. Boone believes in empowering clinical staff to use evidence based practice in their care delivery to facilitate the best outcomes possible for the patients we serve.

She is also active in the community having served on various Boards and Advisory Committees for Weatherford College and Tarleton State University Nursing Programs.