Ernest C. Lynch III, FACHE, has served as CEO of Medical City McKinney since 2002. Prior to joining the hospital he served in several capacities with HCA affiliates, including COO at Medical City Plano, CEO of Medical Center of Lancaster, and COO of Longview Regional Medical Center. Prior to joining HCA in 1996, Lynch served in the Lubbock Methodist Hospital System. During his 10-year tenure in Lubbock he served in numerous capacities ranging from administrative resident to senior vice president.

Lynch has more than 30 years of experience in healthcare administration both in for-profit and not-for-profit settings. In addition, his experience ranges from large tertiary systems to small community facilities.

Lynch holds a bachelor's degree in finance from Texas Tech University, and a master's of healthcare administration form Trinity University. He is a Fellow of the American College of healthcare Executives and affiliated with Texas Hospital Association. Lynch has served as chair of the McKinney Economic Development Corporation Board of Directors, is past chair of the McKinney Chamber Board and on the McKinney Alliance board. He previously served on the Dallas-Fort Worth Hospital Council Board of Trustees, the McKinney Education Foundation board, and McKinney Main Street board. 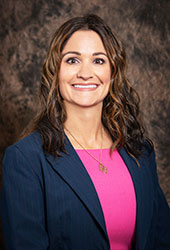 Cassidi Summers, MSN, RN, CEN, NEA-BC, has served as Medical City McKinney’s chief nursing officer since 2016. In this role, she oversees all nursing operations at the hospital including quality improvement, nursing standards and professional practice.

Summers started her career at Medical City McKinney as a clinical staff nurse and supervisor in the emergency department. She later held progressive leadership roles prior to being promoted to CNO.

She has built a successful infrastructure to support professional development and evidence-based clinical excellence with a commitment to patient safety and quality outcomes. Under her leadership, employee engagement scores, physician satisfaction of nursing care and patient satisfaction scores have increased. Medical City McKinney achieved the American Nurses Credentialing Center (ANCC) Magnet designation in 2021, a distinction awarded to fewer than 8% of hospitals across the nation. 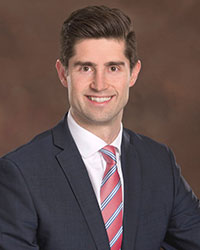 Zenger previously served as the Assistant Administrator at Medical City Arlington. He oversaw both clinical and support departments, hospital throughput, and served as interim director of the physician and provider relations team.

Prior to his role at Medical City Arlington, Zenger worked at several of the system’s North Texas hospitals including, Medical City Dallas, Medical City Plano, and the division office as the Administrative Resident. He is part of HCA Healthcare’s Executive Development Program, class of 2019, and is a member of the American College of Healthcare Executives.

Renee Sturgeon joined Medical City McKinney at Chief Financial Officer in September 2022. She came from Medical City Lewisville, where she held the same position since 2018.

Renee has more than 20 years of experience in healthcare finance, and previously served as the Vice President of Finance for Medical City Dallas and Medical City Children’s Hospital, as well as other roles throughout HCA Healthcare over the years. Throughout her career, Renee has displayed a record of proven results with financial, operational and strategic initiatives.

Renee earned a Bachelor of Science in Business Administration with a focus in accounting from The University of Texas at Dallas.