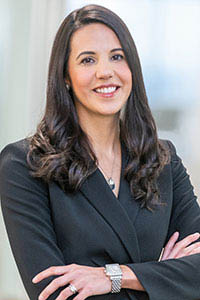 Prior to this role, O’Neal served as the CEO of Medical City Children’s Hospital and Medical City Women’s Hospital Dallas since 2018. There, she led all programs related to women’s and children’s services, launching and expanding world-class congenital heart and fetal surgery programs, among her many accomplishments. During her tenure, the facilities achieved Level IV Maternal and Level IV NICU designations, the highest level of care available for women and critically ill babies.

Prior to Medical City Healthcare, O’Neal served as the chief operating officer of HCA Healthcare’s West Florida Hospital in Pensacola, Florida. There, she launched a wide spectrum of pediatric services including orthopedics, cardiology, pulmonology, ENT, GI, urology and imaging services.

O’Neal earned a Master of Science in Health Care Administration from Trinity University and a Bachelor of Science in Dietetics from Texas Christian University. She serves on the board of directors for the Dallas-Fort Worth Hospital Council and Community Partners of Dallas. 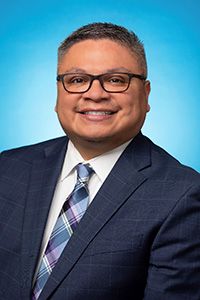 Berumen served previously as CNO at Baylor Scott & White Medical Center Centennial. Prior to that role, he was director of critical care at Medical City McKinney and later, the assistant chief nursing officer where he helped improve quality, employee engagement and retention.

Berumen earned a Doctor of Nursing Practice (DNP) in Executive Leadership and a Master of Science in Nursing Administration from Texas Tech University. He is a member of the American Organization of Nurse Executives, the American Nurses Association and the Texas Organization of Nurse Executives. He is on the Nursing Advisory Council for Western Governors University and was elected to Texas Nurses Association Leadership Succession Committee. Stephen Trochesset currently serves as chief financial officer of Medical City Las Colinas. Trochesset began his career in healthcare as a staff accountant at the University of Texas Medical Branch Galveston in 1993. He joined HCA's North Suburban Medical Center in Thornton, Colorado, in 1995 as a senior accountant and was promoted to controller in 1998. He returned to Texas in 2006 and continued his HCA career at Medical City Las Colinas as their Controller. Promoted in 2014 to chief financial officer, Stephen currently oversees daily operations of accounting, health information management, patient access, case management, materials management and asset management.

Stephen received his bachelor's degree in accounting from Texas A&M University in 1992 and a bachelor of science degree in meteorology in 1990. He earned his Certified Public Accountant license in Texas in 1995. He is an active member of the Healthcare Financial Management Association, Lone Star Chapter. In his spare time Stephen enjoys many outdoor activities such as swimming, snowboarding, skiing and hiking. 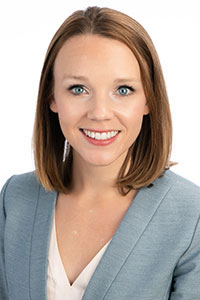 Carolyn began her career with HCA Healthcare in 2014 as she served as an administrative fellow at the HCA Continental Division in Denver, Colorado. Since then, she has served in progressive leadership roles.

Carolyn holds a Master of Business Administration and Master of Science in Health Administration from The University of Alabama at Birmingham. She is a member of the American College of Healthcare Executives (ACHE).