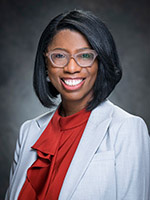 Barbarin has been honored with multiple awards including the Dallas Business Journal “Minority Business Leader,” “Outstanding Alumni” by Tulane University’s School of Public Health & Tropical Medicine, “Top 25 Women in Business” by McKinney Living, “Young Healthcare Executive of the Year” nominee by the DFW Hospital Council and named a “2022 Women in Business” honoree by the Dallas Business Journal.

Barbarin is a graduate of Louisiana State University and earned a Master of Health Administration from Tulane University. She is a Fellow of the American College of Healthcare Executives. 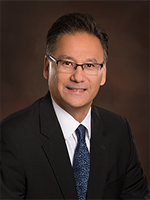 Dr. Benink earned his medical degree at Rush Medical College in Chicago, Illinois. He completed his residency and served as Chief Resident at Advocate Christ Hospital and Medical Center in Oak Lawn, Illinois. He also earned a Master of Business Administration from The George Washington University in Washington D.C. 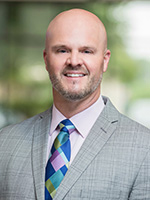 Allard, who has been with HCA Healthcare since 2013, previously was chief nursing officer at Medical City Children’s Hospital in Dallas and at one time served as director of pediatric services there.

Allard earned a Doctor of Nursing Practice degree from Texas Christian University and a master’s degree in Nursing Administration from the University of Texas at Arlington. 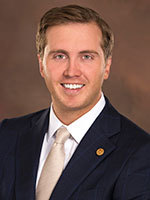 Skyler Reed was named Chief Operating Officer (COO) at Medical City Arlington in July 2019. He came to Arlington from St. David’s Georgetown Hospital in Georgetown, Texas, where he had served as COO since 2016. 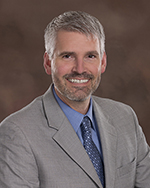 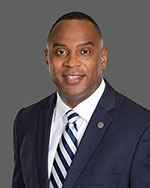 Marcus previously served as the Director of Cardiopulmonary Services at Methodist Mansfield Medical Center. Along with operational responsibility for Cardiology, Cath Lab and PCIU, Marcus provided leadership in several construction expansions of Cardiac Cath Lab Services. Prior to that role, Marcus served as the Director of Respiratory Care and Interim Pharmacy Director.

Marcus is a Marine Corps Reserve veteran. He earned a Bachelor of Arts in Ministry and Leadership at Dallas Christian College, a Master of Business Administration and Master of Health Systems Management from Texas Woman’s University, and a Master of Arts in New Testament Preaching from Johnson Bible College.