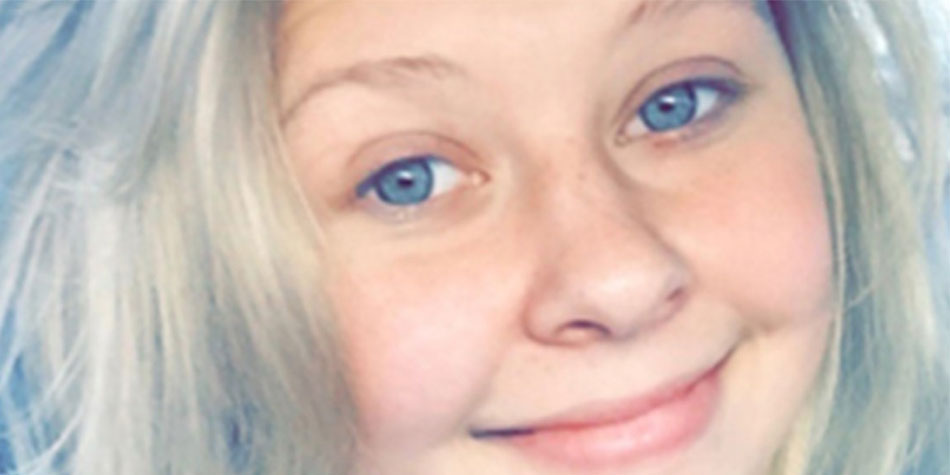 What was to be a relaxing day off from school and waiting tables turned into a fight for life for Cassie Scantlin, who suffered a stroke at the age of 21.

On January 4, the University of North Texas senior awakened with what she thought was a case of the flu. So she headed to bed with a glass of orange juice to wait out the misery.

That's when it hit.

"My entire body felt electric and tingly, like someone else was controlling my body," Scantlin recalls. "My head felt like it was almost like a balloon on top of my body. My head hurt so bad it felt like my eyes were swelling from the pressure."

Healthy and strong, Scantlin says it never crossed her mind that what she was experiencing could be a medical emergency. Instead of calling 911, she called her grandparents, who lived half an hour away.

"I used chairs, walls. It took me 30 minutes to make it to the front door of my apartment," Scantlin says. "I thought I was going to collapse and die right there."

In the emergency room at Medical City Denton, doctors determined that this otherwise healthy college student was having a stroke. She was immediately given TPA, tissue plasminogen activator, a medication that can break down blood clots in the brain.

Patients having stroke symptoms need to get to the right facility quickly, where they can receive care that may not only save their life, but preserve their brain and physical function. Hospitals that are part of the Texas Stroke Institute regional stroke network have the infrastructure, training and ability to provide the right lifesaving therapy, in the right place, at the right time for patients.

There's a reason FAST is the acronym for how to spot a stroke. That's how quickly someone having a stroke needs immediate emergency care to prevent brain damage, permanent disability and even death. The American Stroke Association says FAST is one of the most powerful 4-letter words, and here's what it stands for:

Stroke is the fifth leading cause of death in the United States. While the risk increases after age 55, the Centers for Disease Control and Prevention reports an alarming rise in the number of young adults suffering an ischemic stroke, the most common type, in which the blood supply to part of the brain is cut off due to a blockage. Each year, women have more strokes than men. Pregnancy, smoking and birth control pills pose stroke risks for women, according to the American Stroke Association.

Doctors at Medical City Plano discovered something else: a hole in Scantlin's heart called a PFO, or patent foramen ovale. Undiagnosed PFOs are often the underlying cause for stroke in young people. She underwent surgery March 16 to close that hole.

In a regional stroke network like TSI, there is a broad range of leading-edge therapy options for patients, including clot-dissolving drugs, retrievable stents and vacuum suction devices that can remove blood clots in the brain. We also work closely with a team of specialists from across the hospital system to ensure patients get the highest level of care after having a brain attack.

Three months after the stroke, Scantlin is still recovering. Her right side is numb and she has little sensation of hot and cold.

"It takes me three times to read anything," admits Scantlin, "so the comprehension part has been difficult. But it's getting better and my professors have been amazing."

She wants others to know you're never too young to suffer a stroke. She also admits she is lucky, considering she didn't call for an ambulance and instead waited to be driven to the hospital.

Her final words echo a campaign championed by the American Heart Association.

For expert care in any situation, one of our many Medical City Healthcareemergency locations has you covered.

How working too much affects your heart

5 ways to make a mask more effective during the pandemic

How high is coronavirus risk by activity?

How to Stop Texting While Driving (And Why People Do It)

What to know about COVID-19 and myocarditis